Sainz came into the Istanbul weekend knowing that he would start from the back of the grid having taken his fourth power unit of the season.

Often in such circumstances drivers make only a token effort in Q1, but Ferrari actively decided to use Sainz to prevent another car from making the top 15, thus stopping it progressing through to the next session.

The plan could not have worked out any better as by coincidence the car on the bubble at the end of Q1 was that of Ricciardo, whose McLaren team is fighting with Ferrari for third place in the constructors’ championship.

Having made it to Q2 Sainz was then used to help team mate Charles Leclerc to get through to Q3 by giving him a tow.

“Basically I was driving around trying not to set a competitive lap time, just to make sure the other car was making it to Q2,” Sainz said when asked about his qualifying strategy by Autosport.

“And then once Charles was safe I tried to push one lap to try and bump out a car from Q2, and coincidentally that car was Daniel, our direct competitor in the championship.

"So the plan was executed perfectly, also with with a tow to Charles in Q2. 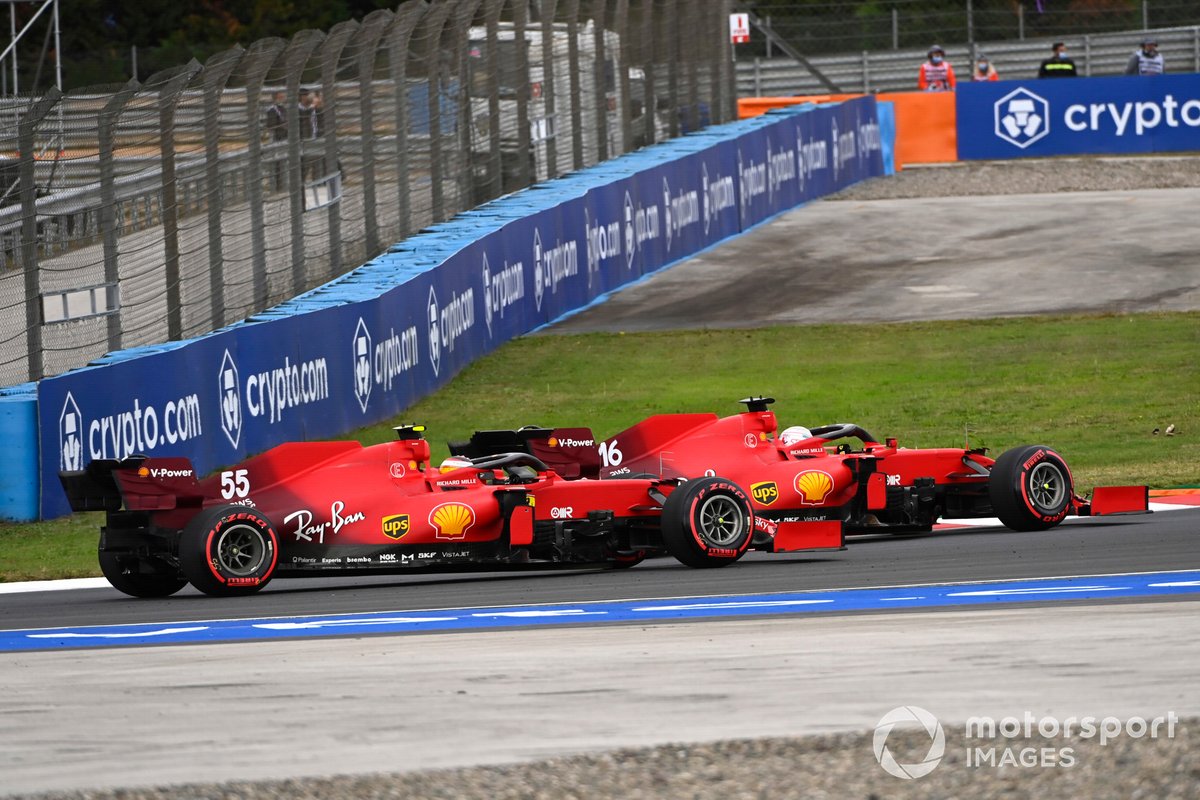 “It was exactly the plan that we had today. Actually it was a bit of a strange plan, but it worked perfectly for the team, and for me.

“We did what we had to do today, obviously still regretting a bit the fact that I'm not part of a normal day when the car is the most competitive it's been in the last 10 races. It is what it is. We will try and make it through tomorrow.”

Sainz sees starting from the back of the grid as a challenge, although he doesn’t know how easy it will be to overtake at the Istanbul Park circuit as the team's simulations only have last year's wet race to fall back on.

“I’m looking forward to it,” he said. “I would much rather not have to do it and start in P3 like Charles is starting, because obviously starting directly in podium positions is much better than last.

"Also there's not many other cars taking penalties, so I couldn't benefit from that.

“It will all depend how easy it is to overtake tomorrow. If it is fairly easy I will give it my best shot. Then if it's difficult to follow in Turn 8, in Turn 9, then it might be a frustrating afternoon.

“Our simulations don't predict how easy it is to overtake. So it's all by feeling with the car, and how much dirty air the car receives from the car in front. On pure pace we're obviously good enough for a top five, and starting last that's a lot of positions to recover."