Ferrari started F1's new era as the main challenger to Red Bull and Max Verstappen, but through various errors and reliability issues, Sainz and Charles Leclerc are stuck at just four wins combined.

Ferrari's last win came in July's Austrian Grand Prix courtesy of Leclerc, while Verstappen continued to run riot and is poised to seal his second world title in this weekend's Japanese Grand Prix.

Rather than challenge Red Bull, Ferrari had to start looking over its shoulder as Mercedes narrowed the gap to second in the constructors' championship, although a strong double podium in last weekend's Singapore Grand Prix has made Ferrari the firm favourite.

But regardless of this year's standings, Sainz feels another win would give Ferrari a much-needed shot in the arm as it looks to regroup and learn from its mistakes for 2023.

"For us, I think it's an interesting fight, still," Sainz said.

"Our target as a team is obviously to win races and prepare well for next season because obviously, this year P1 is already too difficult in both constructors' and drivers' championship, so we're focused on trying to win races.

"I think winning one race before the end of the season would give us a lot of good feelings and motivation going into next season because it's been a while since our last win.

"Winning would mean executing our perfect weekend and that is also what we will need. What we want as Ferrari is to win races, prepare ourselves for next year, keep learning keep, keep executing perfect weekends where it builds the confidence and brings more wins for Ferrari." 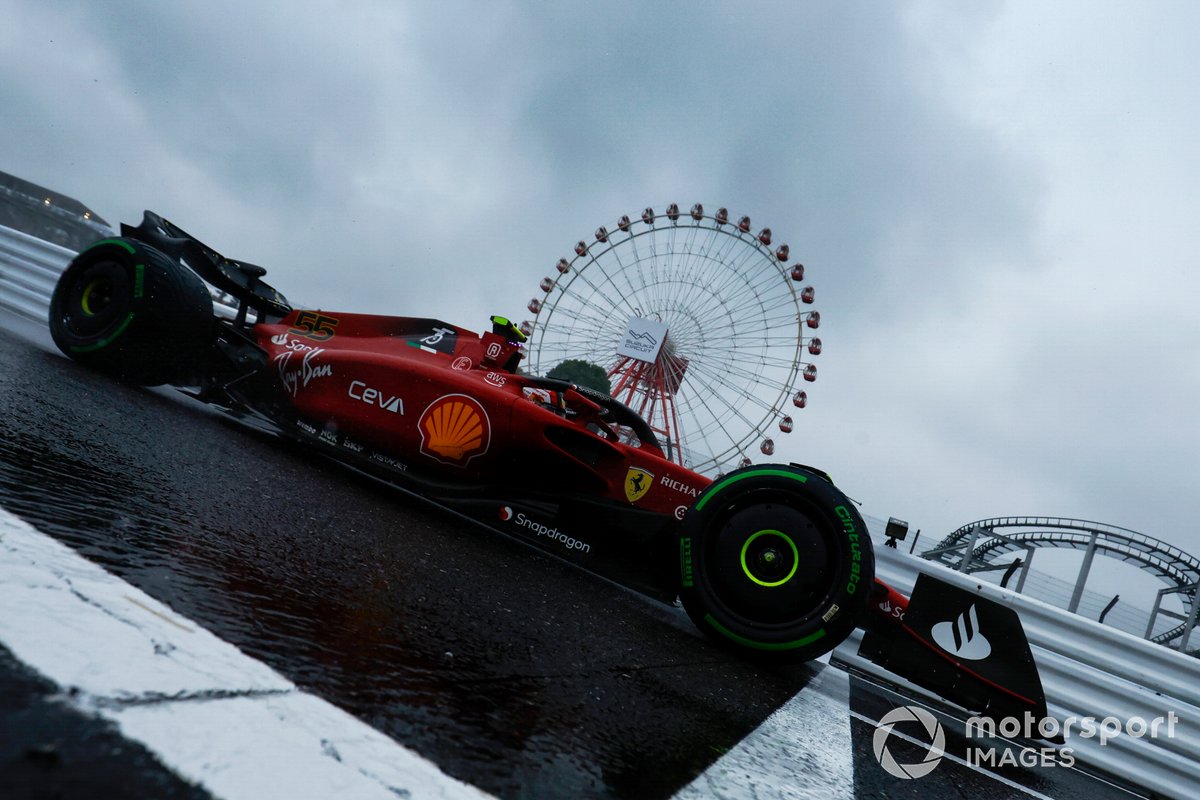 In Singapore, Leclerc and Sainz had to settle for second and third behind Sergio Perez. And in qualifying Verstappen would have very likely grabbed pole if it hadn't been for Red Bull's fuel error.

But nevertheless, Sainz feels the gap that Red Bull built up after the summer break has become smaller and he hopes Suzuka is another circuit that should play to Ferrari's strengths.

"I think we know we were very far off the pace at Zandvoort and Spa," Sainz explained.

"We were a bit faster in Monza and Singapore has been better and we've been closer to Red Bull. Not quicker in the race but closer and more in the fight.

"Suzuka should be [strong]. It's long straights but also good medium to high-speed corners that should suit the Ferrari.

"The Ferrari is quick pretty much everywhere; it's just compared to Red Bull how we can do.

"The target is to have a weekend where we can be quicker in quali and quicker in the race and this is the biggest challenge for us. This would give us a race win which we much miss and this would be ideal before the end of the season."