Being Fernando Alonso's team-mate is probably "the biggest ask" in Formula 1, according to Carlos Sainz Jr

Sainz grew up watching two-time world champion Alonso, who is weighing up whether to continue in F1 after this season.

They have been linked as possible team-mates next season, with Alonso understood to be keen on McLaren bringing Sainz into the fold.

In the build-up to the Hungarian Grand Prix before the summer break, Sainz - who has since been called an attractive option by McLaren - was pressed about the prospect of partnering Alonso.

When asked if he was ready to beat Alonso, Sainz said: "I don't know, because I haven't even thought about it, as still it's not happening.

"I'm ready to beat anyone in the field. My racing spirit and my competitiveness and my self-confidence tells me that I can take over anyone.

"Probably Fernando would be the biggest ask that you could have on the grid, that's for sure.

"But yeah, I would feel ready for anything." 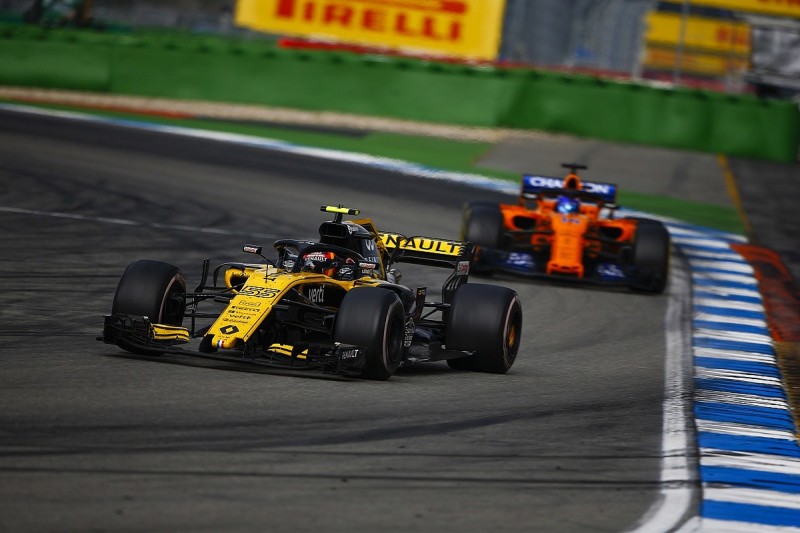 Sainz had jokingly responded to a preceding question about whether speculation linking him to a McLaren drive alongside Alonso was true.

"You're going for the headline here, right," said Sainz. "No, I cannot comment on it."

Sainz said at the time that nothing would change until the situation became clearer at Red Bull and that he could be affected by Daniel Ricciardo failing to sign a new deal.

That is exactly what emerged one week after Hungary, which means Sainz has been forced out of Renault and must seek refuge either back at Red Bull or somewhere new.

The prospect of driving alongside, or replacing, Alonso at McLaren is a romantic notion given the closeness of the two Spaniards.

Sainz told Autosport earlier this year that fighting Alonso on track was something he could never have imagined when he started his career, and believes it has furthered his racing education.

"I think since I arrived in F1 I have started next to him in nearly every race, which is quite strange," he said.

"It's something I didn't expect, because you would expect Fernando to be fighting for world championships instead of fighting with me in the midfield at the beginning of my career.

"But what I feel particularly proud of, and particularly happy [about], is that these few years I've been taught by the best. I don't feel I've been driving in the midfield.

"I feel like I've been driving for world titles, because simply to be up against Fernando in every race, also Jenson [Button], when he was in McLaren, it's been a great feeling.

"That is what it makes me feel ready for whatever comes."