Renault-bound Formula 1 driver Daniel Ricciardo says he is "sad" to be ending his long-standing relationship with Red Bull, but insists the timing was right to make a change

The Australian has been on Red Bull's books since 2008, winning titles in Formula Renault 2.0 and British Formula 3 before the energy drinks giant brought him into grand prix racing in 2011.

A part-season with HRT paved way for his full-time F1 graduation with Toro Rosso in 2012, and he was then brought into Red Bull's main team to replace Mark Webber, winning seven races for the squad since '14.

But while he was widely expected to remain with Red Bull past this season, Ricciardo instead shocked F1 by opting to join Renault at the end of his current deal.

"The news is out, it's real," Ricciardo said in a video message posted on social media.

"By far the toughest decision I've made in my racing career - but 29 years living on this Earth, it was actually one of the toughest life decisions I've made.

A change is gonna come. Excited for the next chapter with @RenaultSportF1. Thank you for the kind messages and well wishes I've received. pic.twitter.com/2qpKYYGGvH

"Sad to move on, absolutely. Excited for the challenge at Renault, but it's been a 10-year journey in Red Bull.

"I was on the junior programme in 2008, some amazing memories from there, things that I'll always be grateful for and I'll never forget that ride.

"Personally I felt it was a time now where it was good for me to move on and have a fresh start somewhere else, I think it will be healthy for me." 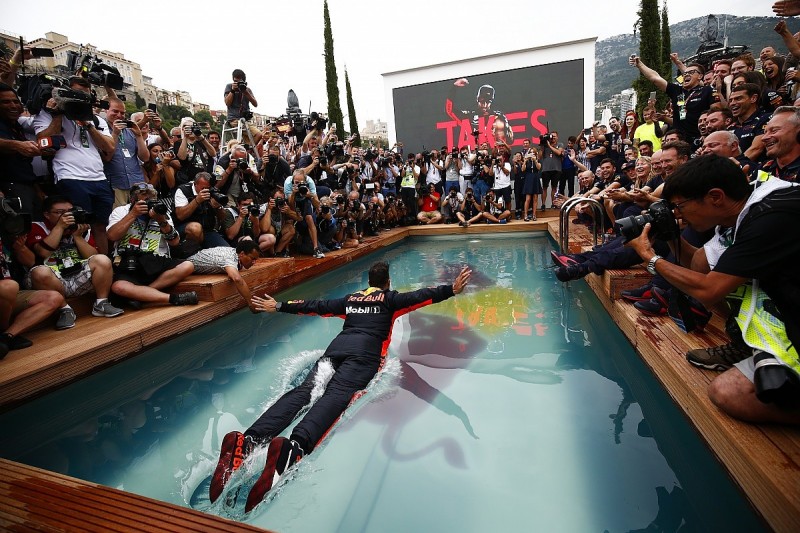 Ricciardo has won the Chinese and Monaco races so far this year and sits fifth in the drivers' standings, 95 points behind championship leader Lewis Hamilton.

He will contest another nine races with Red Bull before switching to Renault ahead of 2019.

"Excited for what lies ahead with Renault," Ricciardo continued, "but [I] just want to thank Red Bull Racing, Red Bull the company, for everything they've done for me.

"I really appreciate it, from the bottom of my heart, and we've got nine races left to kick some arse, so let's get it."