Andrew Shovlin reckons George Russell's experience racing at the back of the Formula 1 field with Williams meant he adapted "easier" to Mercedes' tricky 2022 car than Lewis Hamilton.

Russell joined Mercedes' F1 line-up at the start of 2022 after spending five years as a member of its junior driver programme, with the final three as a racer for Williams in F1 after winning back-to-back championships in GP3 and Formula 2.

But the Briton's start to life at the Mercedes works squad changed suddenly from hoping for race victories and a possible title tilt when the first ground-effects Silver Arrows car proved to have major problems with porpoising and ride that meant Mercedes lost the constructors' title for the first time since 2013.

Russell was nevertheless able to score a string of 15 points finishes in the opening 16 races of 2022, while Hamilton's results were more inconsistent as he tried a wide range of set-up changes to try and cope better with the W13's tricky handling.

Speaking to Autosport, Shovlin suggested that Russell's experience of driving cars that lacked the top performance of those and a field-leading squad provided a boost in 2022's early stages as Mercedes sought to understand where it had gone wrong with the W13 and implement fixes.

"Lewis I think had a rather sort of sudden period of adjustment from a car that he knew that he could, if he delivered what he was capable of, he'd be fighting for the win at any given weekend.

"George, having come from Williams, I think his experience there probably put him in good stead to deal with the car we were racing and trying to qualify at the start of the year. 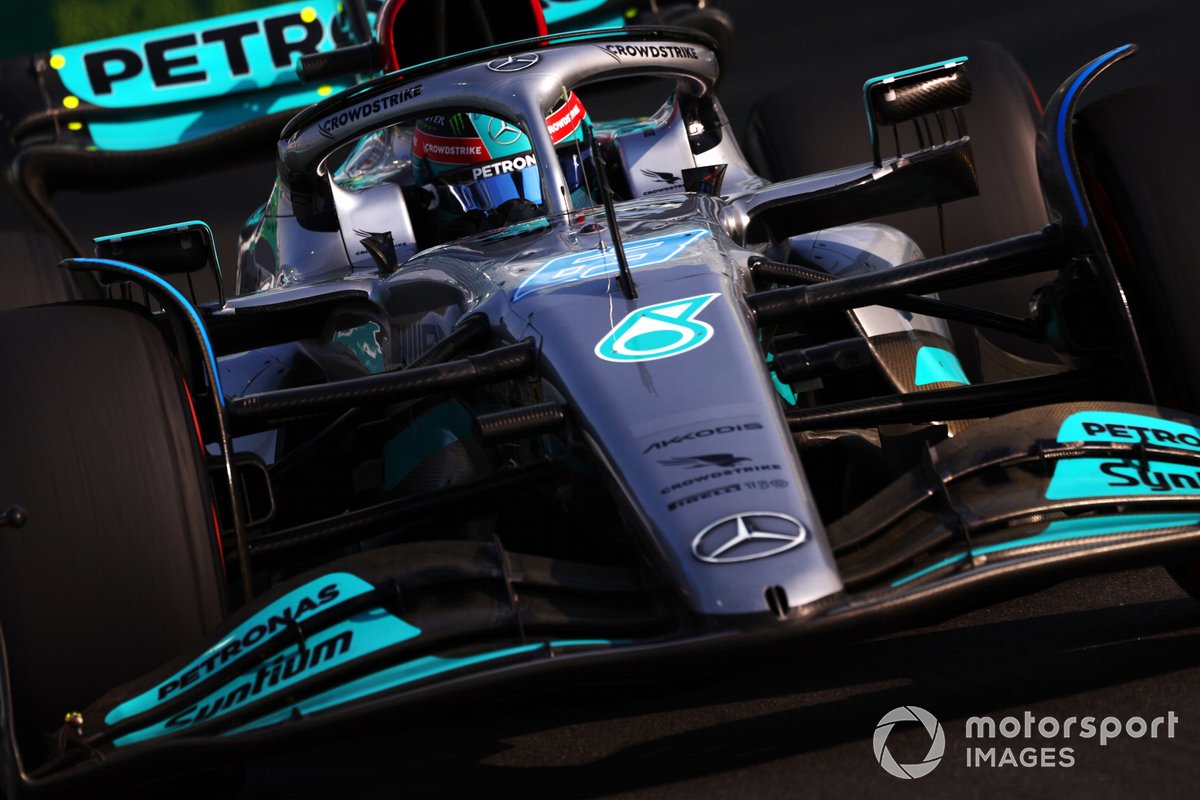 "I think there was an element with George where he was probably hoping the experience would be a bit more different from the one he was used too, but he was very good at just getting on with the challenge that was in front of him.

"And I think to be honest in the early part of the year, it probably was easier for George to adapt than it was for Lewis.

PLUS: How Russell can make history again in F1 2023

"What was nice to see almost straightaway was the two of them were working to put the team in a better place.