George Russell says his Williams Formula 1 team’s comfortable eighth place in the world championship has allowed him to push to the limits in recent races.

After his second place in the Belgian Grand Prix moved Williams well ahead of Alfa Romeo in the points table, Russell suggested that he would no longer be wary of taking risks and losing potential scoring opportunities.

He’s now confirmed that the cushion of 16 points Williams has over the Swiss squad has given him the confidence to try different things, especially on first laps.

At the start in Austin last weekend he jumped from last spot on the grid to 14th place.

"I think the pressure has been sort of lifted off my shoulders for a while now for these first laps," he said. "And I have more confidence to really attack it and go for it. And P20 to P14 was a strong start for me today.

"And I think, in this position now, where we are in the championship, we've got this small buffer it's allowing me to go out there and really push the limits.

"I'm quite enjoying it to be honest. I'm not a driver who usually makes huge amount of mistakes. But I've wanted to push myself out there, and we saw an off in FP3, we saw a little off in qualifying in Zandvoort.

"And I'm just trying to really push the limit just to see if there is more in there in these last few races. But I think I've been sort of reaffirming my global strategy of you don't need to be driving 110% to get the most out of the car, sometimes you only go slower." 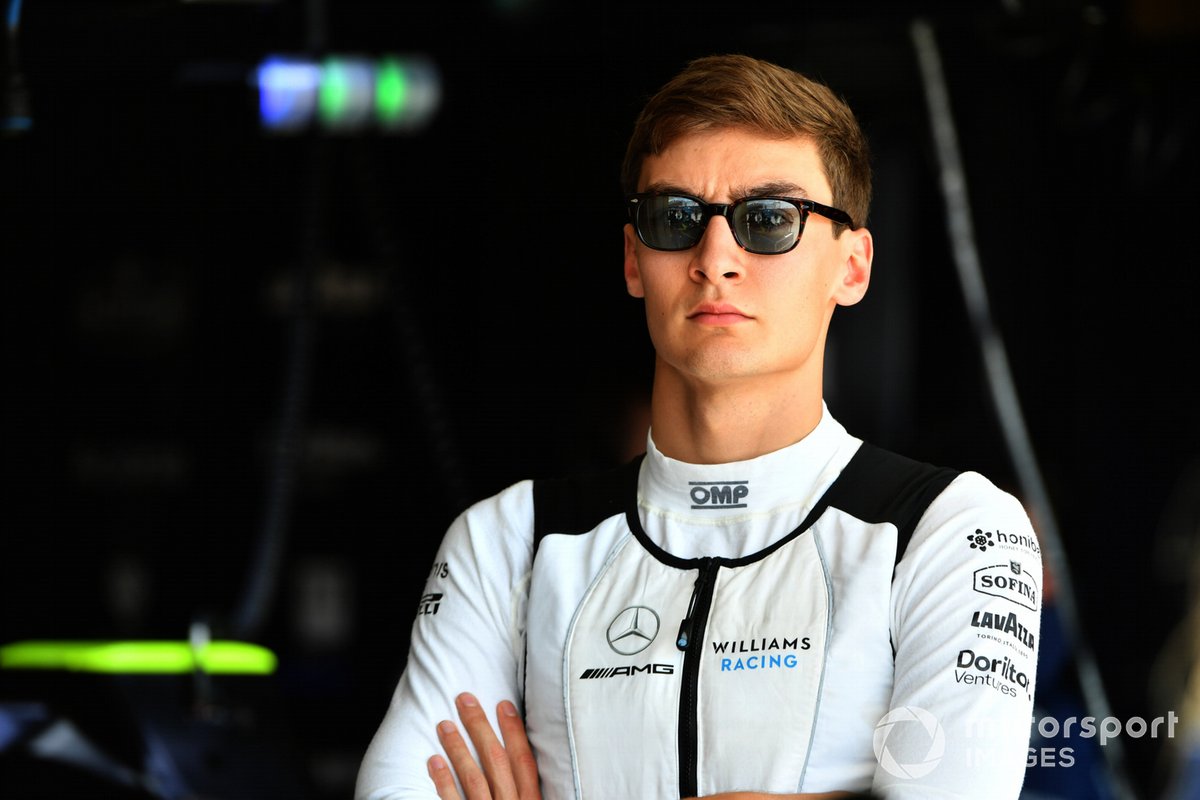 He added that his confirmation at Mercedes for 2022 has also put him in a stronger position.

"Just less pressure, I think the fact that we are in a position of relative comfort in the constructors' championship, and also on a personal level everything was confirmed for next year. I'm in a very stable position personally, and just able to go out there and try new things and not afraid to make some mistakes.

"It's a similar position to one I found myself in 2019 when I can go out there and just try new things and keep trying to build that toolbox to improve, and like I said, being in a position where I'm not scared to make mistakes.”

Despite his strong start in the US GP Russell could not better 14th place by the flag, admitting that the venue had not suited the car.

"Just globally this weekend we struggled for pace. It's a very strange circuit I felt, there wasn't much adhesive grip from from the tarmac, and I think all the drivers were sliding around a lot, and we just didn't optimise that and make the most of it," he said.

"Started last, I made a good start up to 14th, and just stayed there, nothing gained, nothing lost. And obviously our rivals Alfa didn't score points.

"I think the downforce was really, really key this weekend. One of those races where the rich got richer and the poor got poorer, and I think we know where we are with downforce, we're not up there with the top guys."

The secrets of preparing for a new F1 circuit