George Russell reckons rivals “playing it safe” in Formula 1’s first sprint qualifying race at the 2021 British Grand Prix will give Williams the chance to score a high-profile result.

Russell said after the Austrian GP that he was “not too sure” that an extra race would suit Williams because “obviously we're normally a bit better on the quali performance than we are in the race”.

But after “putting everything on the table” to reach Q3 for the second successive event – this time in front of a delighted home crowd – Russell hopes that a similar aggressive strategy will pay off for his team in Saturday’s sprint race, with other drivers perhaps not fighting as hard in a bid to avoiding losing a high placing on the grid for the main race in an incident.

“We find ourselves in this position by putting everything on the table and we’ve got to do that again [in the sprint qualifying race],” Russell said, when asked by Autosport about his potential tactics for the first race. 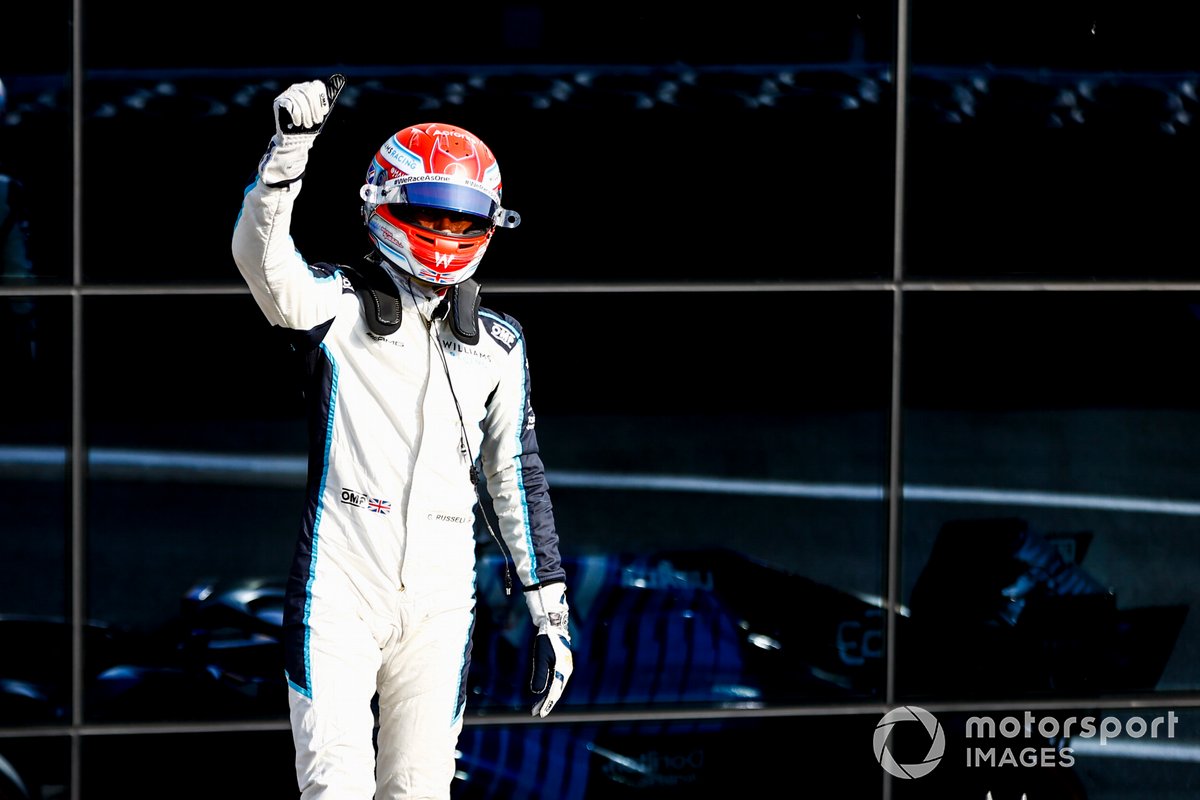 “Otherwise, we’re going to get eaten up by the faster cars around us.

“It’s not going to be easy, but I think a lot of guys are going to be playing it safe because they just want to be in a half-sensible position for [Sunday].

“Which, in itself, offers an opportunity for me.

“We’ve got to go for it and whatever happens, happens. We’re only there because that’s how we approach things.”

Russell also said that he felt “a sense of responsibility when you’ve got all the crowd here [at Silverstone” and that that contributed to his performance in Friday qualifying.

He added: “I’ve got my family here for the first time in two years, friends in the grandstands – expectations from the team and everybody.

Russell’s Friday qualifying ended with a sole run in Q3, which he explained was because Williams “just wanted to get a time on the board compared to the guys on the used tyres that we knew we would be ahead [of] if a red flag [came]”, even though his meant he was running solo on the track and minus a tow.

“I did my lap with no semi-slipstream, which was non-preferred to be honest,” he continued.

“I probably lost a tenth and half compared to my Q2 lap – just in the straights. And a tenth and a half would’ve put us P4 [Russell’s 1m26.971s in Q3 was 0.143s slower than Ferrari’s Charles Leclerc in fourth].

“Lando [Norris] said that was the reason why he went slower on his second run as well.

“But, we weren’t expecting to find ourselves in that position. It’s a constant learning game.

“But, ultimately, we did a fantastic job to get there and it’s about [Saturday] now.”