After testing the new cars in Barcelona, drivers have reported that as planned the new aero package has made it easier to follow other cars through a corner and onto a straight.

However, Russell says that the aero characteristics of the new cars generate a tow that is less powerful, and thus it could potentially be harder to take full advantage of being able to stay behind the car ahead and attempt a move.

“I think the following has been improved,” said Russell when asked by Autosport about the 2022 cars.

“But the slipstream effect has been reduced quite substantially, I think.

“So, I don’t really know. You obviously need that delta on the straight to be able to overtake because you can only really overtake at the end of the straight into the corner.

“I think we can follow closer, but from what we’ve seen, the slipstream effect is definitely less effective. So, we’ll have to wait and see.

“I got right up behind Lando [Norris] and I was a car length or two behind him, and I didn’t catch him down the straights. So that was slightly concerning. But, let’s see.” 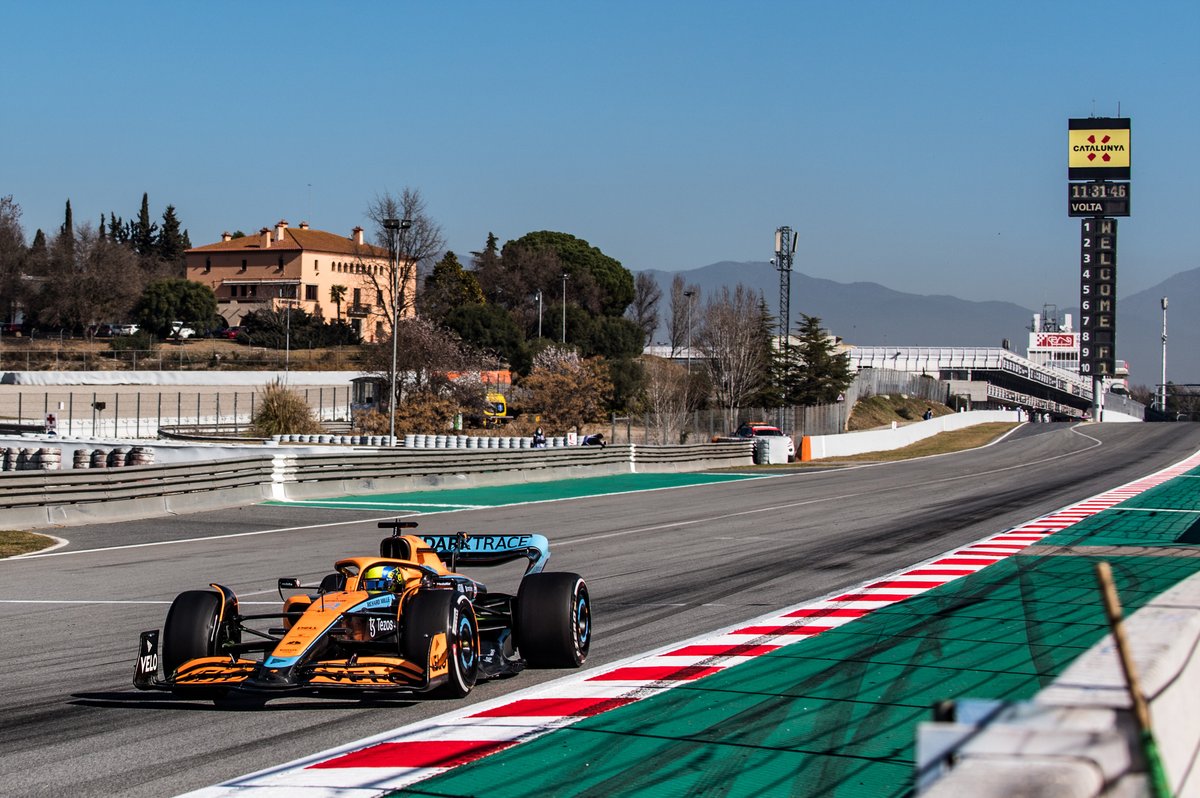 McLaren driver Lando Norris made the same observation about a reduced slipstream effect.

“I think me and George had a perfect demonstration of it,” he said. “I didn’t want to let him past while he was on a quick lap, so I screwed him over and had him off a bit! That’s what you do in testing.

“George said it correctly – I definitely think the following part in the corners is an improvement. How much exactly is hard to know, because you’re always on different fuel levels and tyres and stuff.

“And maybe when there are two, three, four, five, six cars ahead it could be quite different again.

“But all of this obviously comes with the deficit of a slipstream effect, and how much that is going to be helping us. So, we can follow closer, but then the slipstream is worse, so there is positive and a negative from it.

“Don’t know which one is the bigger effect at the minute, so we’ll have to wait and see until the first race.”

Autosport Podcast: What we learned from F1 Barcelona pre-season testing