George Russell says solving the Mercedes Formula 1 team's ongoing porpoising problem would address 99% of the issues with its current car.

The Briton qualified sixth in Jeddah, behind the four cars of Ferrari and Red Bull, and the Alpine of Esteban Ocon, and finished sixth, having no pace to match the frontrunners.

His team-mate Lewis Hamilton qualified only 16th and finished 10th, having taken a different and ultimately less optimal route with the car for qualifying.

Russell noted that a variety of parameters contribute to the porpoising that has affected Mercedes since testing, making it that much harder to resolve.

"Engine mode as well, the faster you go the worse it gets, so it makes it harder for qualifying because we turn the engines up, maximum power, go quicker down the straight which causes more downforce and causes more porpoising.

"So we almost need to pre-empt this issue and also in the race when you have the DRS closed, you have more downforce than you do with the DRS open, and that's another factor we need to consider.

"We're still learning and that's why we're far from optimal. But that's why I said if we solve the porpoising, that would cure I would say 99% of our issues." 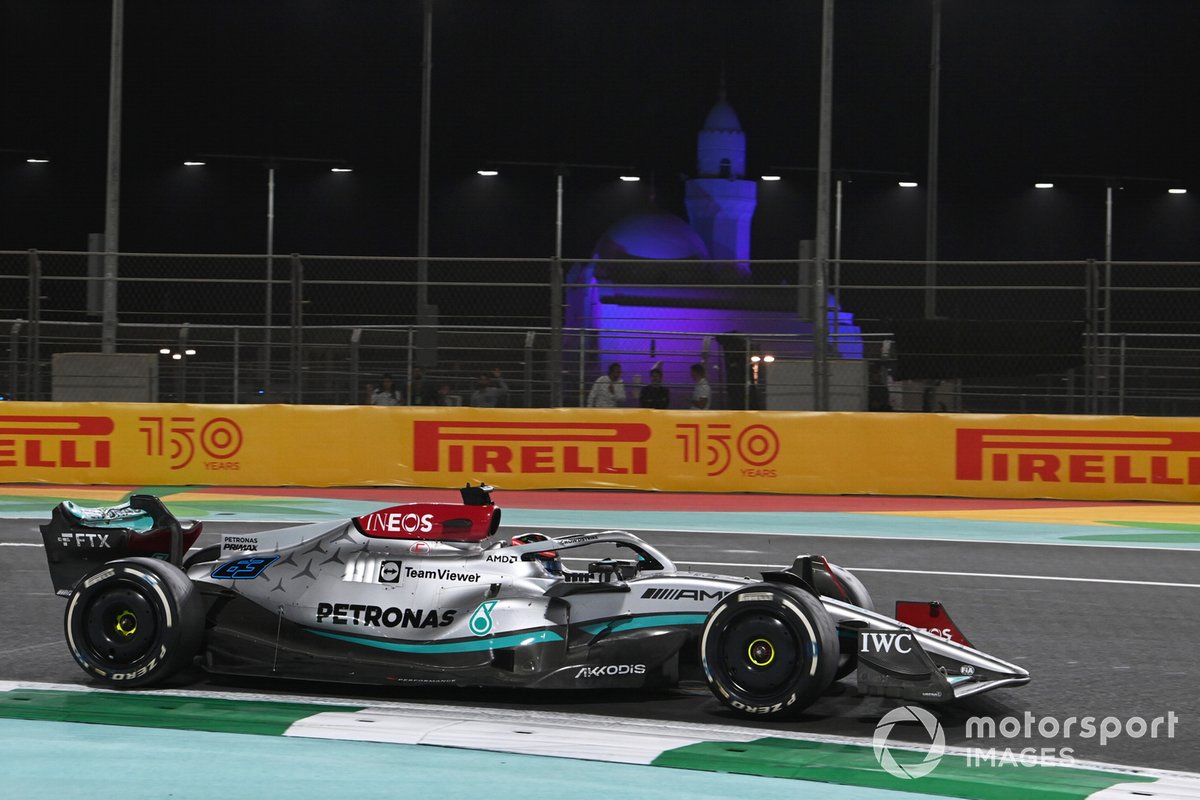 Russell admitted that he didn't know how long it would take for the team to get on top of the problem.

"We are going to start trying to develop the car around the issues but we need to solve the underlying problem, which is the porpoising," he said.

"All of these cars perform best at low ride height and we just can't get anywhere close to where our rivals are running. Timeline, to be honest really no idea.

"We definitely got information, we're continuing to learn. At the moment we're making baby steps so we need to make some leaps and bounds, and we're struggling to find that silver bullet to resolve our issues.

"I've got no doubt when we do that, we will find a chunk of lap time, but as I said before it's easier said than done."

Russell said his car "felt good" after finishing fifth in the Saudi Arabian GP, but noted that the final result indicated that he was a second a lap off the pace of the frontrunners.

On Saturday evening he made it clear that barring problems ahead fifth was his realistic target on merit, and having passed Ocon with a bold move on the third lap he ultimately finished well clear of the Frenchman.

"The car felt good, in all honesty," said Russell when asked by Autosport about achieving his stated goal.

"I think we maximised the balance, we just know what we're lacking, and that's downforce ultimately.

"Pushing flat out, I was really pleased with how the performance was from my personal side, really well managed, did my best to keep up with the Red Bulls especially after the restart, I did everything to stay within the DRS zone.

"We're a second behind them generally. We've got work to do, so we need to go back and review the data, but everybody knows what we need to improve on." 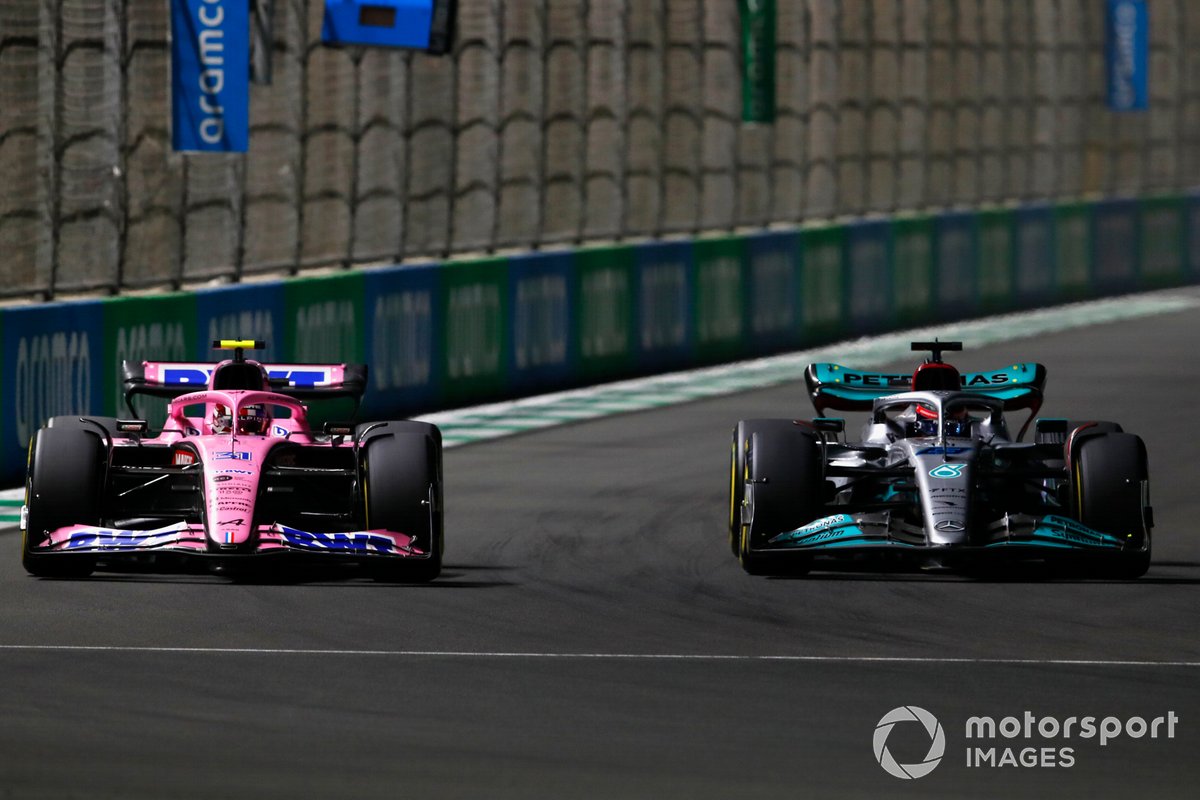 Asked if the car felt better on full tanks than over one lap, Russell said that the porpoising problem was an issue in all conditions.

"I think we have a better handle on what the race pace than we do quali pace, but the inherent issues are still there, low fuel high fuel, and that's compromising us.

"When I look at the result, we finished 30 seconds behind, I think that was probably 30 laps after the safety car, a second a lap, that's how far we were behind in qualifying as well."