Russell was caught up in the same sequence of events on the first lap at Silverstone, having collided with the AlphaTauri of Pierre Gasly to then rotate and hit Zhou’s car.

Once Russell stopped at Abbey with left-rear damage, having witnessed the Alfa Romeo land between the tyre wall and catch fencing, he ran with a marshal to check on Zhou.

The Briton has been widely praised for his actions, including by IndyCar driver Callum Ilott, who revealed Russell had previously stopped to lift a kart off the former Ferrari junior when he flipped in a race.

In the time Russell attended to Zhou, his damaged W13 was retrieved on a flat-bed lorry so could not be repaired to take the race restart after the protracted red flag stoppage.

Speaking on Thursday ahead of the Austrian GP, Russell was asked if Mercedes had understood why he had jumped out to effectively take no further part in the race.

Russell said: "I think it's just a natural reaction.

“Obviously, the race was red flagged and seeing such a horrific incident, I thought at the time as well my car was probably game over. As it turned out, it wasn't.

“That just added to sort of the emotions or the frustrations, because we definitely could have got going again and probably could have scored a strong result.” 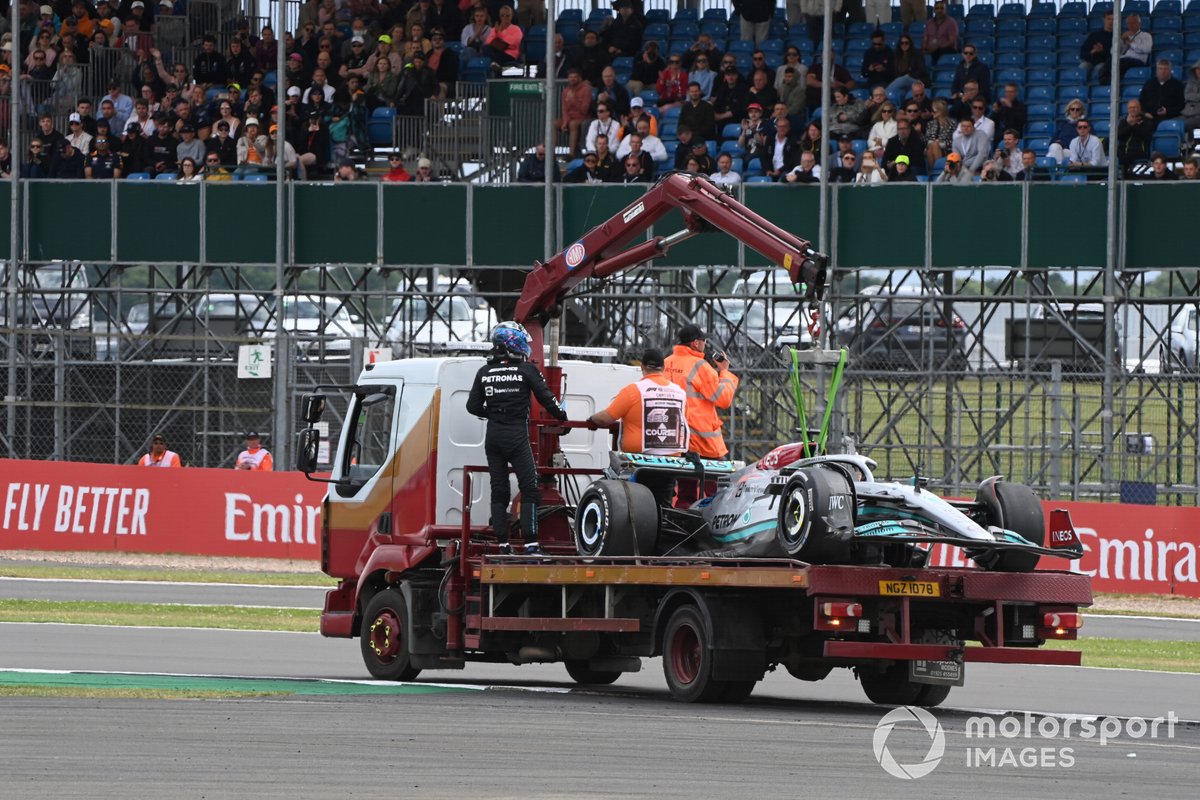 Marshals remove George Russell, Mercedes W13, with a truck after a crash on the opening lap

Russell, a director of the Grand Prix Drivers' Association, has reaffirmed the need for F1 and the FIA to address the gap between the barriers that allowed Zhou to become “trapped” in the car.

Recalling the incident, Russell said: “It was sort of horrifying to see him trapped in there, literally not being able to get out of the car.

“He was obviously fine, and I could see he was moving.

“But as drivers, we all know that you’re sort of in there pretty tight. You’ve got the helmet on, you’ve got the halo there, the headrest.

“And then when you’ve got a tyre wall effectively on top of your head blocking your exit hanging upside down, it’s just a horrible situation to be in.

“I think from every sort of disaster that there’s an opportunity to improve as a sport, whatever it may be.

“Clearly things could have been positioned slightly differently to have given him that exit. There was a gap between the barriers and the catch fence.

“He was obviously trapped in there, that needs to be resolved. It wasn’t nice.”