Lewis Hamilton feels confident Mercedes’ recent Formula 1 car updates have moved it in the right direction, saying: “I truly believe we can get a race win this year.”

Mercedes has found itself unable to regularly compete with rivals Red Bull and Ferrari so far this season following the overhaul of the technical regulations for 2022.

Both Hamilton and team-mate George Russell have struggled with a recurring bouncing issue on the car, leaving them unable to unlock the full performance of the W13 car.

But Mercedes seemed to take a step forward with its latest raft of updates at the British Grand Prix last weekend, allowing Hamilton to challenge Ferrari drivers Charles Leclerc and Carlos Sainz for victory at one stage.

Hamilton has never gone a season without a race win during his F1 career, dating back to 2007, but is now growing in confidence that Mercedes will be in a position to fight for victory again this year.

The seven-time world champion admitted that it seemed like “a long way back” earlier this season, meaning he “definitely wasn’t sure that we’d get a win in this car”.

PLUS: Could mixed fortunes for F1's leading Brits turn around at Silverstone?

“That’s not the way we like to think, but it was feeling like, ‘jeez, it’s a long, long way to catch everybody up knowing the progress everyone makes’,” Hamilton said.

“But definitely, [it’s] hugely encouraging. For a long, long time we would make changes and not see it do what it said it was going to do or improve the car.

“It was a good step in Barcelona, but then we had several difficult races following it. And then we just had this last race, the last two races, which were quite strong, and that’s really encouraged us that we're moving in the right direction, that there really is potential in the car. 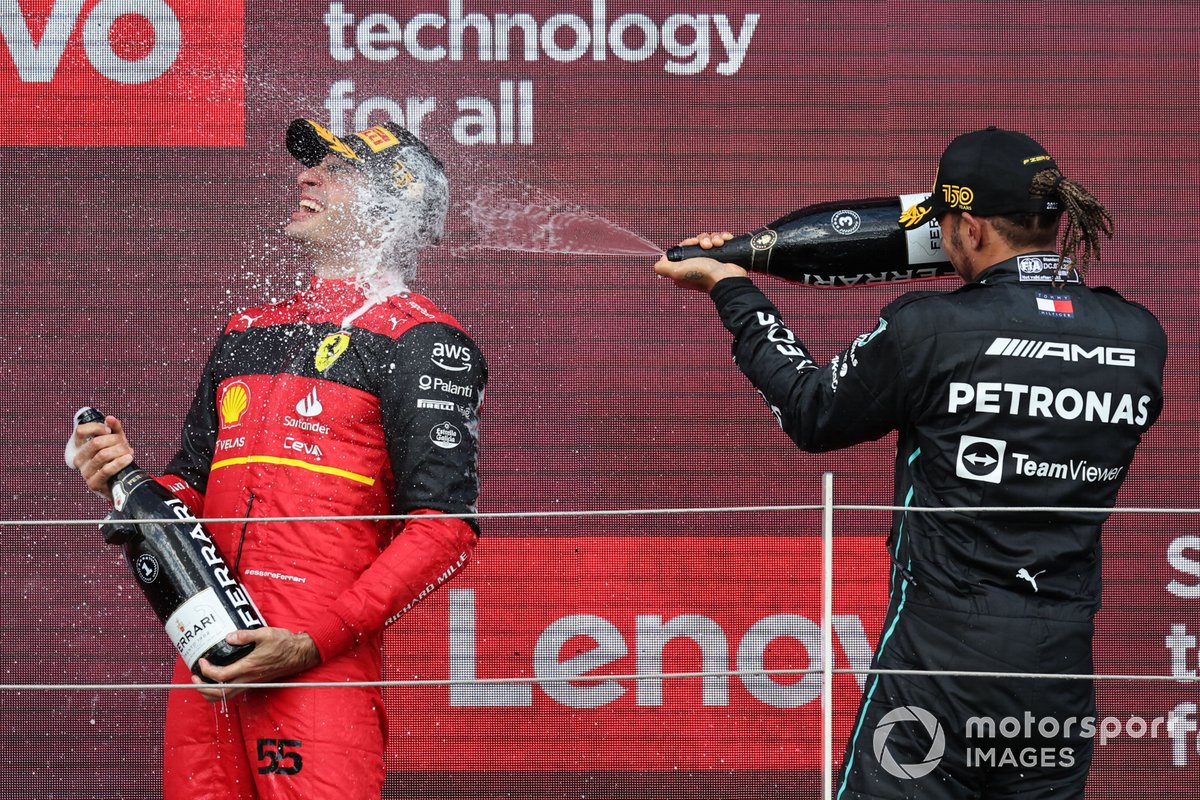 “So I truly believe we can get a race win this year.”

Mercedes struggled with the street track layouts in Monaco and Azerbaijan, but fared more competitively in Canada before the permanent Silverstone track played to its strengths once again.

Hamilton sat just a couple of seconds behind the Ferrari cars after pitting with 20 laps remaining at Silverstone, giving him a tyre offset for the final stint that was ultimately eradicated when the safety car was deployed and Mercedes made another pit stop.

Hamilton finished third in the end, marking the first time this season Mercedes has picked up back-to-back podiums after he scored the same result in Canada two weeks earlier.

Russell retired at Silverstone after being caught up in the first-corner incident that resulted in Zhou Guanyu’s dramatic accident, ending his record of finishing in the points at every race this year.

But Russell was wary about overhyping Mercedes’ chances moving forward, saying: “I don’t think we want to get too carried away.

“I think Silverstone is a very unique circuit in terms of the speeds you’re going through all of those corners. We clearly have a lot of downforce and good potential at a circuit like Silverstone. We’re going to another circuit here that’s more medium-speed as opposed to high-speed.

“We need to keep on evaluating. Silverstone was a really good step in the right direction. We’ve taken some really good understanding from there, but we’ve got to go again this weekend and see how we get on.”