George Russell felt “really pleased” to see Lewis Hamilton sign a new Formula 1 contract with Mercedes, comparing him to “a fine wine” that “keeps getting better with age”.

Seven-time F1 world champion Hamilton put pen to paper on a new two-year deal with Mercedes last week, ensuring he will remain with the team until at least the end of the 2023 season.

The contract will expire just one month shy of Hamilton’s 40th birthday, with the Briton currently standing as the third-oldest driver on the grid behind Kimi Raikkonen and Fernando Alonso.

But Hamilton has continued to set new records in his late thirties, recently becoming the first driver to hit 100 pole positions. He is just two wins away from the same landmark for victories.

Mercedes junior and current Williams driver Russell said it was good for F1 as a whole that Hamilton would be remaining on the grid, and that he was only getting better and better.

“I guess he’s like a fine wine, he keeps getting better with age. Max [Verstappen] and Red Bull seem very strong, but I’m sure Lewis is going to be pushing the whole way.

“As I say, I just think it’s really great for F1 to have a guy like Lewis staying.” 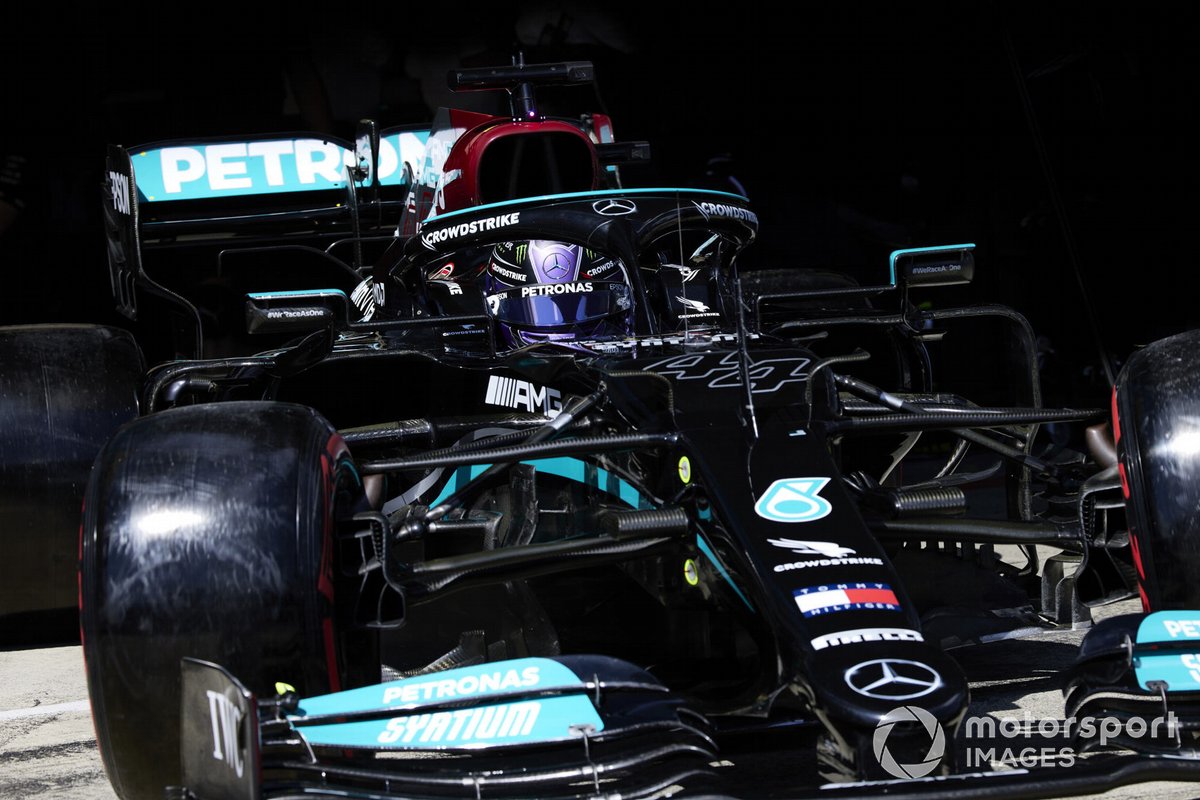 Russell has been heavily linked with a possible move up to Mercedes for next year as the team considers whether to sign him or retain Valtteri Bottas in the seat alongside Hamilton.

Asked if Hamilton staying was good news for him as well, Russell said he wanted “to be racing against the best drivers in the world”.

“If Lewis wouldn’t be on the grid next year, it would be a shame, because there would be one of the greatest of all-time not on the grid,” Russell said.

“For me personally, I want to compete against the best people in the world, which I think, to be honest, on the grid right now, we’ve got a very good group of drivers who deserve to be here.”

Mercedes has said it intends to make a decision about the second seat over the summer, but Russell made clear he was not in any rush to get a call made about his future.

“I’m really not pressurising anybody, because I just want to do the talking on the track and just focus on circuit, because I know if I do the job on the track, everything will sort itself out,” Russell said.

“Mercedes know me so well throughout all the years, and I’m in contact with them daily, as it has been for the last three years.

“They’ll get it done, when they believe it’s the right time, whichever way they decide to go.”