Russell had faith in 2019 F1 graduation despite 'bizarre' Ocon saga

The Formula 2 title favourite will step up to F1 next year with Williams, joining the team Ocon said last month represented his last realistic chance of staying on the grid.

Ocon is poised to spend 2019 on the sidelines after being shuffled out of Racing Point Force India and also missing out on drives at Renault and McLaren.

Russell told Autosport that he trusted his own success would be rewarded with an F1 chance, even though Ocon lost multiple opportunities.

"I thought the whole Esteban situation wasn't a normal situation," said the 20-year-old.

"Usually if you perform, those opportunities will be there. I think it was out of his and Mercedes' control what happened.

"Mercedes and Toto [Wolff, team boss] were absolutely clear that if I performed the opportunity would come. That impressed in my mind.

"It might sound a bit silly saying that off the back of Esteban's predicament, but that was a very bizarre situation, a very unfortunate situation."

Russell entered 2018 as the reigning GP3 champion and targeted the F2 title as a rookie to emulate the back-to-back success of Ferrari protege Charles Leclerc.

He has won more races (six) and scored more poles (four) than any other driver this year, and leads Alexander Albon by 37 points with 46 up for grabs in the Abu Dhabi finale next month.

Russell said that even though there were "ups and downs throughout the season with other drivers" in the F1 market it had "not played on my mind". 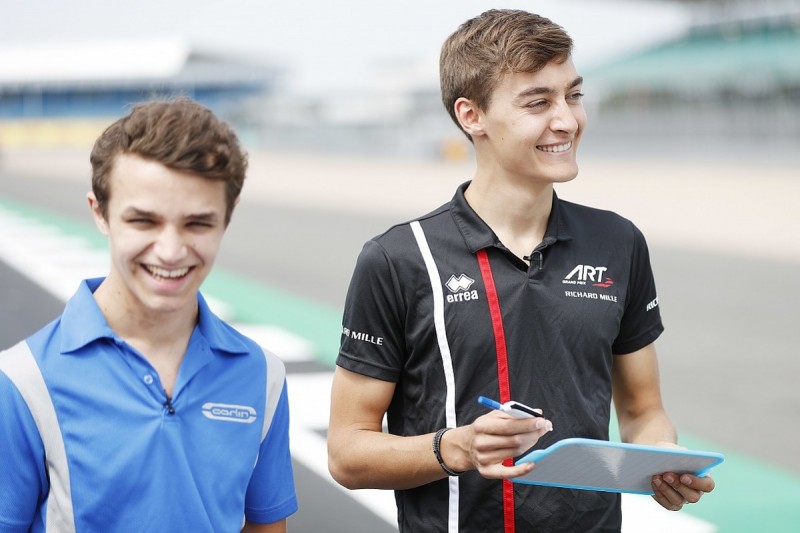 He also believes defeating Lando Norris in F2, when his fellow Briton had landed a McLaren F1 drive for 2019, was an important factor.

"I saw it as a massive positive, when Lando got his opportunity with McLaren," said Russell. "We're both rookies, McLaren believe he is capable of taking a race seat for them [so] that must bode very well for myself.

"I wasn't bitter or disappointed he had that opportunity before me because at that point I was unsure what the future held.

"But I saw that as a positive, that this made me look extremely good." Russell still has a long wait before he can seal the F2 title but insists he will not be distracted by his Williams shot.

"Obviously a lot of people are saying [I have] one hand on the title and we're almost there, which is potentially true, but at the end of the day anything can still happen," he said.

"I can't take for granted [and think] I've got this championship sewn up.

"It's a step-by-step process really I need to focus on F2 and once that chequered flag falls I'll be focused for 2019."