George Russell has explained the factors that led to his "massive step" during Formula 1's 2021 British Grand Prix Friday qualifying Q2, which led to a second successive Q3 berth.

Russell qualified eighth for F1's first sprint qualifying race – the results of which will set the grid for Sunday's grand prix – his best against-the-clock result for Williams after he qualified ninth last time out in Austria.

He had made it through Q1 to continue his streak of escaping the opening segment at every race so far in 2021 but at that stage in proceedings was only ahead of Aston Martin's Lance Stroll in 14th.

But a gain of 0.441-seconds on his sole run in Q2 to set a 1m27.080s got Russell through to Q3, where his single flying lap ended with a time of 1m26.971s and the Briton beating Carlos Sainz Jr and Sebastian Vettel.

Speaking to reporters – including Autosport – in the Silverstone paddock after Friday qualifying, Russell noted that "it's not the first time I've noticed that I improve probably more than I should during a session".

He added: "I think I just like to get an understanding of what the car is doing before then fully knowing how to extract the maximum from it.

"And I guess if you're in a top car that's going to sail through to Q2/Q3 that's exactly the strategy you want.

"But it was really coming towards us. My first lap in Q2 was fine, but nothing great. And then the second lap I made a massive step." 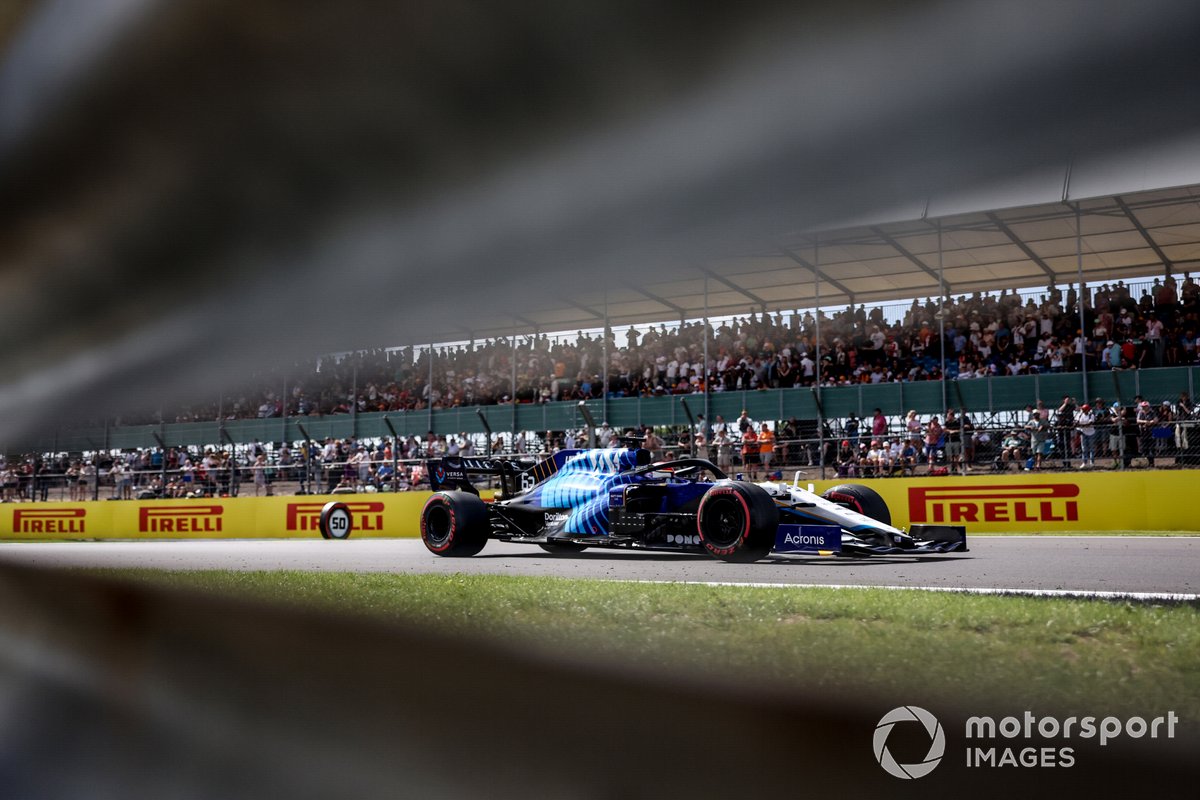 When asked if that improvement had been down to his efforts alone, Russell outlined a combination of factors that secured his result.

"[It was] everything," he explained.

"Getting the tyres in a better window, exactly knowing what we needed to aim for on the out lap, me driving a bit better, very good position with a small slipstream from [Fernando] Alonso ahead.

"And all these things paid in our favour."

Russell had ended the opening practice session last, feeling "lost" and "lacking confidence", and losing his best time to running wide at Copse.

But the 23-year-old said he and Williams pinned their hopes on the changing conditions in a much later than usual qualifying session at Silverstone to provide an additional boost for car handling.

"We had a bit of a decision to make after [practice]," said Russell. "Whether we try and improve the car and turn it upside down, or we just stick to our guns and hope the track comes towards us.

"And that's what we did – we stuck to our guns and the track did just come towards us, the tyres came towards us – everything got in a much nicer window.

"I just felt so confident and comfortable out there, which allows me to get that extra tenth or two."