George Russell says Williams does not know where its Formula 1 pace has gone, after a disappointing qualifying at the Brazilian Grand Prix.

The Briton was edged out by team-mate Nicholas Latifi for the first time at Interlagos, on a day when the duo struggled for form and were both knocked out in Q1.

Russell says the lack of speed from the car was of greater concern to him than Latifi having done a better job, the Canadian beating him to 17th on the grid for Saturday's sprint race by 0.056s.

"It just didn't come together for me," Russell told Sky.

"I think Nicholas did a really good job, so well done to him.

"But as a team we're struggling a lot and we don't really know where our form has gone.

"I think this is the 19th race and we've not been into Q2, twice – so this is only the second time.

"We were a long way away – three-and-a-half-tenths. My lap felt OK, but nothing special. It usually comes to us easier than this, so we need to get our thinking caps on and understand where that pace has gone, really."

Russell suspects that wind direction may have played a part in Williams' struggle, with this year's car having the characteristic of being especially sensitive to gusty conditions. 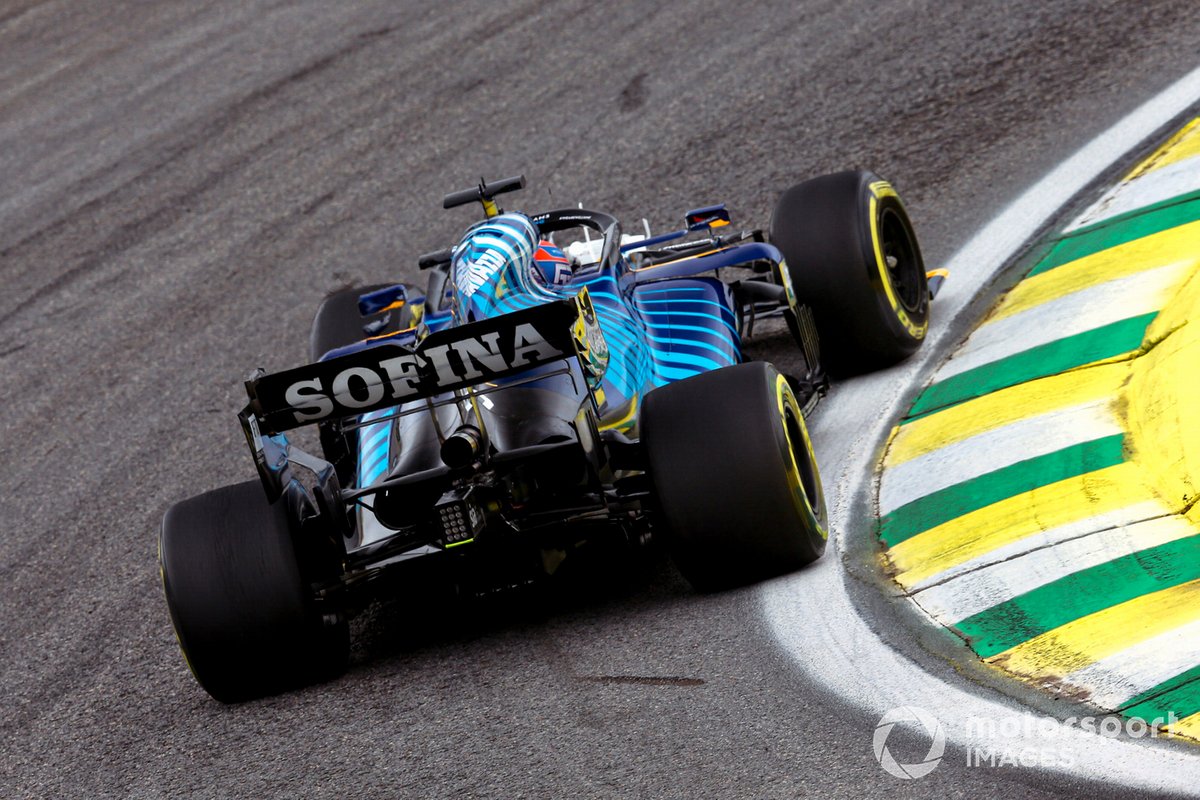 "I think the biggest thing is the wind," he said.

"We've got this tailwind throughout all the tight and twisty sections, which really makes our life pretty tricky. That was [the same situation] last time we were out in Q2 – in Budapest.

"It was exactly the same. We had a tailwind through all the twisty stuff, which really hurt us. So, that is a contributing factor, for sure.

"But it seems a bit too much of an easy excuse. So I need to go away and look at myself, look at the driving and then work with the team to try and understand where this pace has gone."

Although Latifi was pleased to have outqualified Russell, he says he was not especially happy with his lap.

"I think it was tricky right from FP1," explained the Canadian.

"I just couldn't get the feeling from the car that we needed. Going into qualifying – I think we always seem to make a step in qualifying, which is nice, but it seems we didn't manage to take quite a big enough step.

"So, not satisfied with the performance, obviously. I think we could have done a better lap – it was a bit scrappy.

"But likewise, we're struggling to get the car dialled in to give you the confidence I need, especially in a sprint weekend like this where it's just one practice [and] straight into it. So yeah, disappointing, obviously."

Why there's more to Hulkenberg's F1 legacy than Brazil glimpses