George Russell believes Nyck de Vries faced a tougher job making a last-minute Formula 1 debut at Monza than his own cameo for Mercedes in 2020.

De Vries was drafted in to race for Williams at Monza last weekend when Alex Albon was sidelined by appendicitis on Saturday ahead of final practice, marking the Dutchman’s first grand prix start.

Despite only learning he was required to step in for Albon shortly before FP3, de Vries managed to reach Q2 before finishing the race ninth, matching Williams’ best result of the season.

Comparisons were drawn to Russell making his own late stand-in appearance for Mercedes at the Sakhir Grand Prix in 2020, when Lewis Hamilton was ruled out due to COVID-19. Russell qualified second and was set to win the race before a late puncture dashed his hopes.

But Russell felt de Vries had a bigger challenge jumping in at the last minute given his lack of F1 racing experience, and the fact he had to adjust from driving the Aston Martin in practice on Friday to a different F1 car less than 24 hours later.

“I think it was probably tougher for him, to be honest, than it was for me, because I was obviously a full-time race driver,” said former Williams driver Russell.

“Equally as well for him, jumping from Aston Martin on Friday into a Williams, it’s a different car, the seating position is different.

“I remember when I was doing testing with Mercedes and Force India at the time, and driving F2, it took quite a few laps just to get used to the different feeling of how those cars reacted.

“There's not a lot more to say. To score points on your debut in a Williams, it's pretty spectacular, no doubt.” 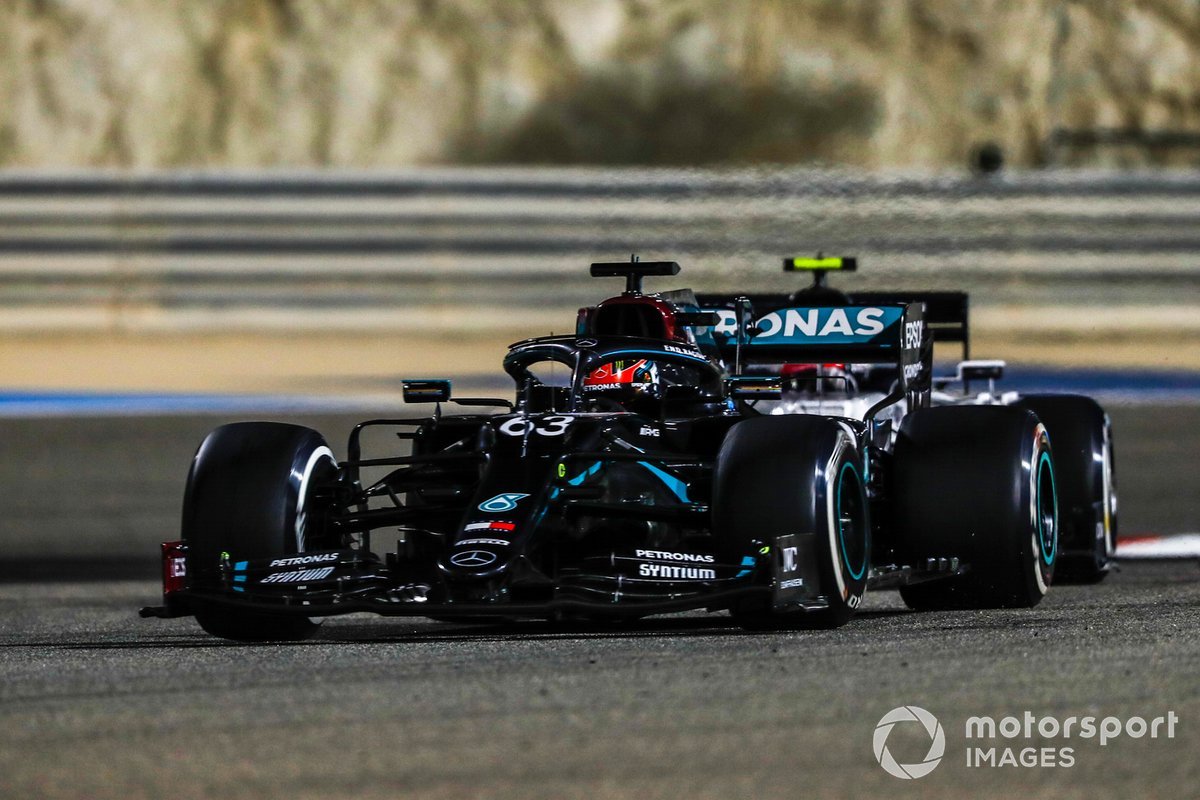 The performance from de Vries only furthered calls for the 2019 Formula 2 and 2020-21 Formula E title winner to land a full-time drive in F1 next year.

Williams boss Jost Capito said there was “nothing else” de Vries could do to convince him of a drive for next season, but there is also thought to be interest from Alpine, which  will field the Dutchman in a private test at the Hungaroring next week.

Russell raced against de Vries through much of his junior career, stretching back to go-karting, and said he “was always one of the very best.”

“That's just how the sport is. There’s 20 drivers, and not everybody gets an opportunity.

“But certainly now he's proved everything he has to.”