George Russell says his Mercedes W13 is a “killer to drive” as porpoising continues to frustrate the Brackley Formula 1 outfit.

Russell and his team-mate Lewis Hamilton finished fifth and sixth in Miami last weekend, although they were well off the pace of the Red Bulls and Ferraris ahead.

They had looked much more competitive in Friday practice, but that form faded as the weekend went on. Nevertheless, Russell remains convinced that the performance is in the car.

“Yeah it is there, we just need to try and unlock it,” he said. “I think we still don’t really understand why it’s so unpredictable.

“Toto [Wolff] is throwing the word diva around a lot, but I think that’s a bit of an understatement, because it’s so unpredictable. When the thing just starts bouncing in the corners, it’s a killer to drive.” 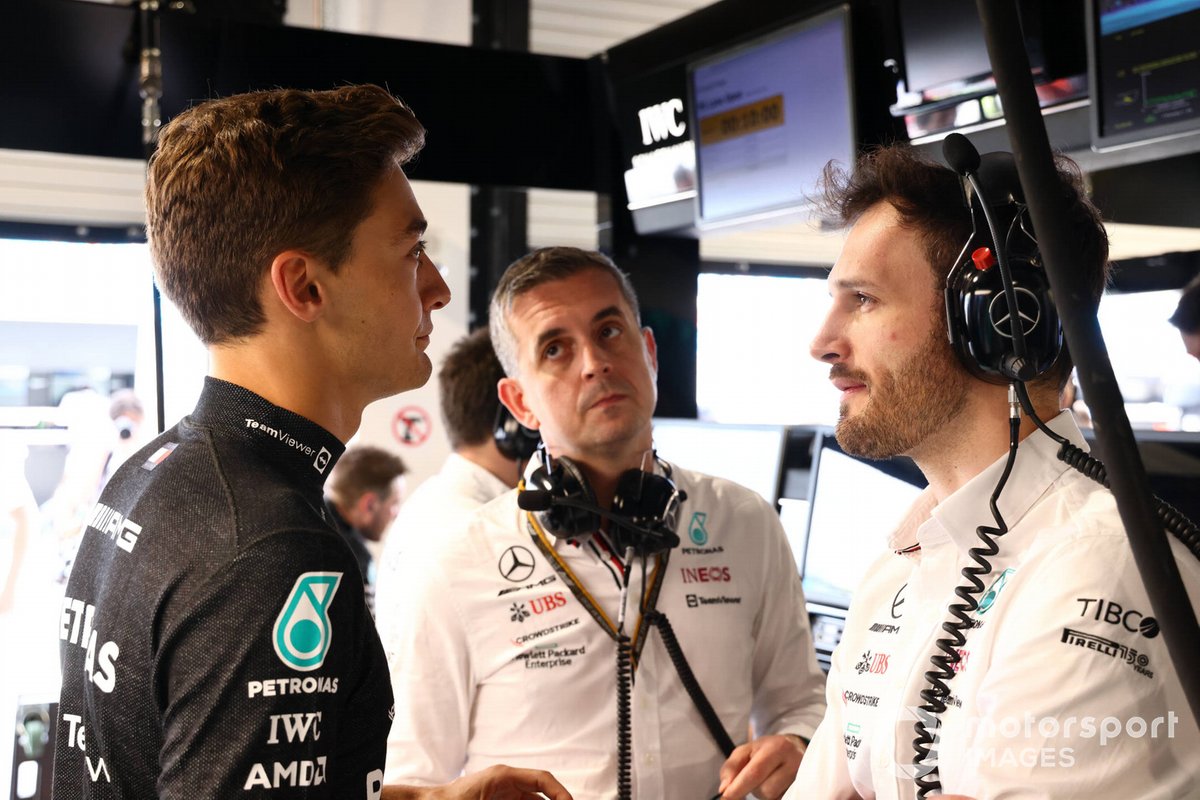 Russell admitted that the team was mystified at the way its form fell away after a strong start on Friday in Miami.

“We’ve known all along there is a fast racing car there. Friday was a complete outlier, we don’t really understand why," he said.

“Obviously Lewis did a better job than I on Saturday, qualified P6, but even fuel and power corrected, his fastest laps were on Friday, whereas every other driver improved over one second.

“My race pace was two tenths slower than Leclerc on Friday, and on Sunday it’s back to half a second to a second, so I don’t know.

“I’d love to give you an answer to be honest. We’ve got the brightest engineers in the business working day and night to try and understand it, and we still don’t really have a clear answer as to why yet.

“So we need to keep on analysing, and I think this weekend may turn out to be one of the most important weekends when we look back.”

Russell acknowledged that for the moment fifth and sixth is an optimum result for Mercedes, given the form of the two top teams.

“I think five and six is where we deserve to be," said Russell. "Obviously we’ve probably underperformed at some other circuits, especially on Saturdays, which makes it difficult for our Sunday.

“For sure this weekend as well we’ve shown the most amount of promise, but a long way off still.

“I mean, there’s a fast car there. We’ve only got to look at the data from Friday and compare it to the data today and Saturday and look at the differences. But it’s odd, this sport is funny sometimes, and these new cars are certainly challenging.”