George Russell has apologised to Carlos Sainz for their first corner collision in the Formula 1 US Grand Prix and admitted that it led to his “worst Sunday” of the year.

The Mercedes driver knocked pole man Sainz into a spin at Turn One, leaving the Spaniard’s Ferrari with sufficient damage to put him out of the race.

Russell subsequently received a five-second penalty from the FIA stewards for causing a collision. However, he was hurt even more by front wing damage that meant he didn’t feel comfortable all afternoon.

He eventually finished fifth, and had the small consolation of setting fastest lap after a late pit stop for new tyres.

“Firstly apologies to Carlos,” he said when asked by Autosport about the clash. “I’ve already been to see him.

“When I was attacking into Turn 1 and I saw he was on the outside of Max [Verstappen] I was expecting him to try to hold it around the outside of him, and as soon as I recognised he was trying to cut back underneath Max, I had already committed to my braking zone, and contact was inevitable.

“But as a driver you need to be aware of those possibilities of the cars ahead.

“If he was holding it around the outside of Max for sure I would’ve been fine, as I was battling with Lewis, not with those cars ahead.

“As soon as you slow it down as a driver and try to cut underneath, it was difficult. As I said, I hold my hands up to that. There is not a lot more to say than that.” 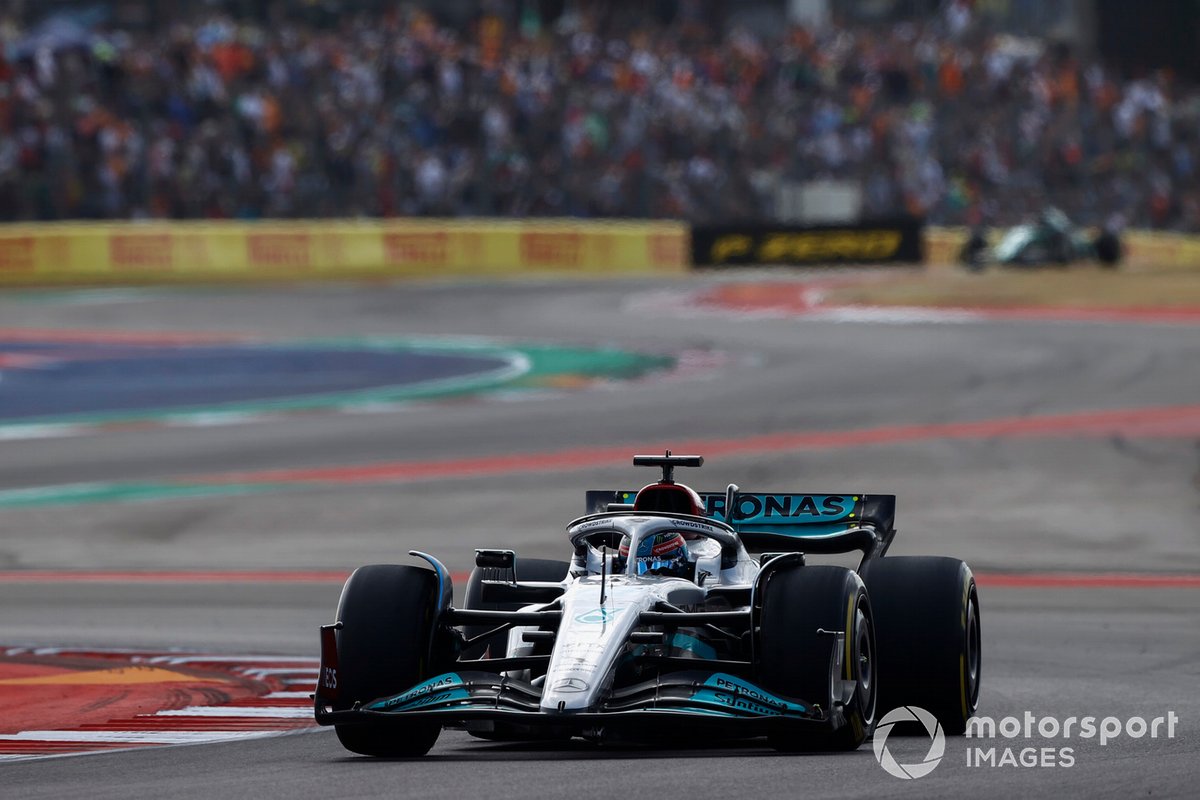 Following the contact, Russell noted that the car didn’t feel right and said despite initially thinking there wasn't much damage to his W13, he was left "sort of nowhere with regards to the pace."

“Initially we didn’t think there was much damage, but I’ve got to say it was probably the worst Sunday of my year today,” he said.

“I was sort of nowhere with regards to the pace. I am hoping that when we look at the car there might be a bit more damage than we first expected.

“But as soon as I recognised I was out of striking distance of Checo [Perez] and Charles [Leclerc] it was a matter of bringing the car home, because we were struggling to keep it on the black stuff today.”

Expanding on how it felt he said: “It was a bit all over the place, the balance was inconsistent through the stint, and through the lap.

“It was tricky conditions out there today. The only strange thing from the race was that my middle stint was relatively competitive when I was tucked up behind Checo and Charles.

“I was right on the back of them within DRS range for a number of laps, so that was the odd one out. The first stint and last stint I was nowhere.” 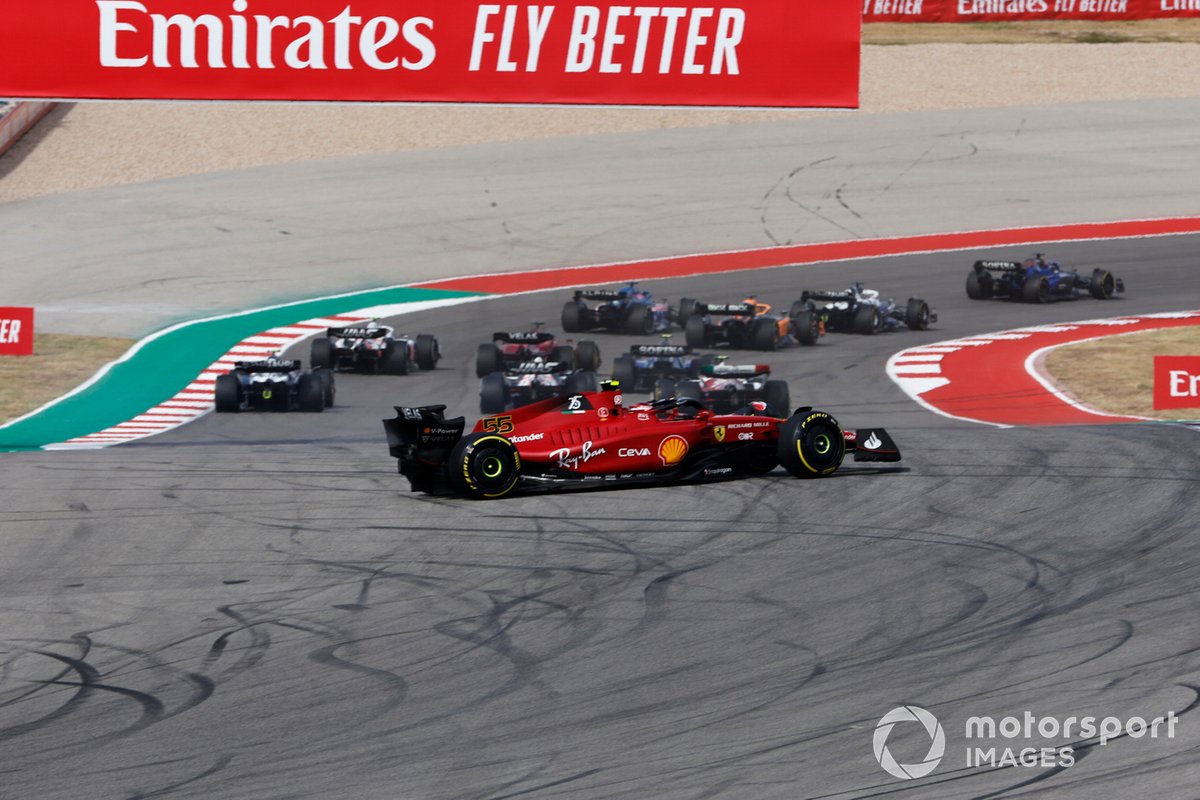 Carlos Sainz, Ferrari F1-75, spins out in the first corner on the opening lap

Mercedes boss Toto Wolff confirmed that after the race the team discovered that Russell’s wing was "massively damaged".

“I think the incident at Turn 1 is a racing incident,” he said. “Maybe, if I was a steward, George had a late brake, a little understeering moment and then Carlos cut in quite brutally, I don’t know if Max had an energy thing or not.

“So it is a shame, but we need to take it on the chin, the five seconds, and the way he T-boned him we were surprised that it was not a DNF.

“But we’ve just seen the front wing, it is massively damaged, not only the front wing endplate but also below, and that’s the aero critical part, so he had a car that was not capable of more.”