The Haas driver lost control of his car at Turn 4 during Q1, having gone wide in the previous corner and noticeably struggling to keep the car stable on the apex of Turn 3.

After running a wheel wide Grosjean ran off-track and crashed against the wall on the approach to Turn 5, causing heavy damage to his car and forcing the session to be red-flagged with less than two minutes of Q1 remaining.

Grosjean said that Haas had made a step forward between final practice and qualifying, but that the handling had drastically changed for his second run in Q1 with no clear explanation.

"I don't know [the reason why]. I went faster than the previous lap but slower than in free practice three," said Grosjean.

"From FP3 to qualifying I think we made a really good choice technically, the car felt really nice in that first run.

"I had a massive moment in Turn 11 where I lost more than half a second, so I wasn't worried that we would not go through [to Q2], so I came back to the garage and we added a tiny bit of front wing and went again."

The Haas driver said that he noticed the change in handling as early as the first corner.

"In Turn 1 already I had a big snap. I didn't really know where it came from.

"Honestly it's not crystal clear. Yes, I pushed a bit more, but we are talking a little compared to the handling difference I had."

Grosjean could only qualify 16th, but will move up to 13th due to grid penalties for drivers ahead of him. Team-mate Kevin Magnussen will start 12th tomorrow, but Grosjean is adamant that Haas could have made it to Q3.

"I'm sorry because honestly the car had the pace to be in the top 10 today," he said. "I've got no explanation about what is the difference between the first one and the second run. In the car we added 1% of aero balance.

"Not a disaster, but clearly the top 10 was very, very possible today."

Grosjean suspects that despite the damage, he will not need to replace the gearbox or any other components that would incur a place drop.

"I haven't heard the latest, but I think we are going to be fine and there's a few penalties in front of us so we can start 13th or something like that." 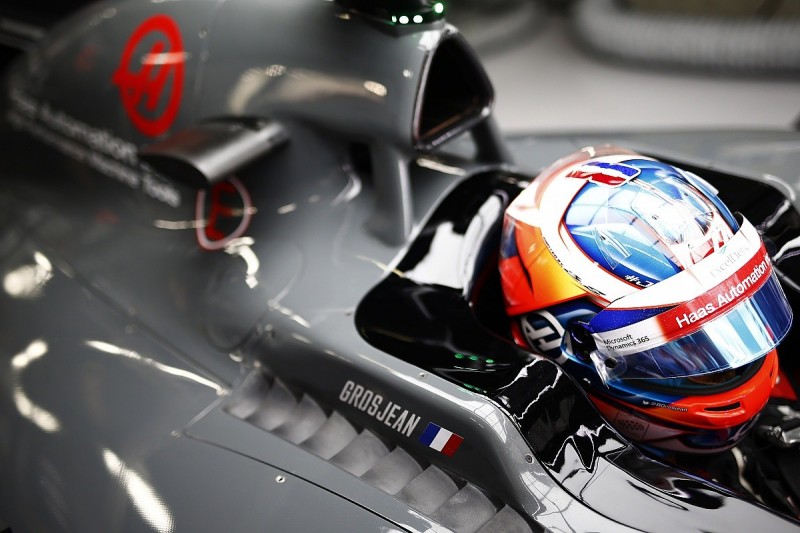