An engine inlet air leak consigned Grosjean to the garage for all of the first session bar two installation laps, resulting in his race engine being fitted ahead of plan for practice two.

Forty-five minutes into the session Grosjean spun into the wall at the final corner, severely damaging the rear wing. With the floor and rear suspension also needing to be replaced, his Friday was over

The miserable day meant Grosjean was unable to gain a feel for the team's upgrade package, which includes wings, floor and brake ducts.

"I've never known a Friday like that," said Grosjean, who finished 19th on the timesheet and over 4.2 seconds off the pace.

"We had a problem with the power unit in the morning, and then in the afternoon we went out and straight away I didn't feel comfortable in the car.

"We had some issues on the brakes, some stability problems, and eventually I spun the car.

"It was very tricky because I couldn't do a back-to-back [test] with the new parts.

"I don't know what has changed on the car, but it definitely didn't suit me well." 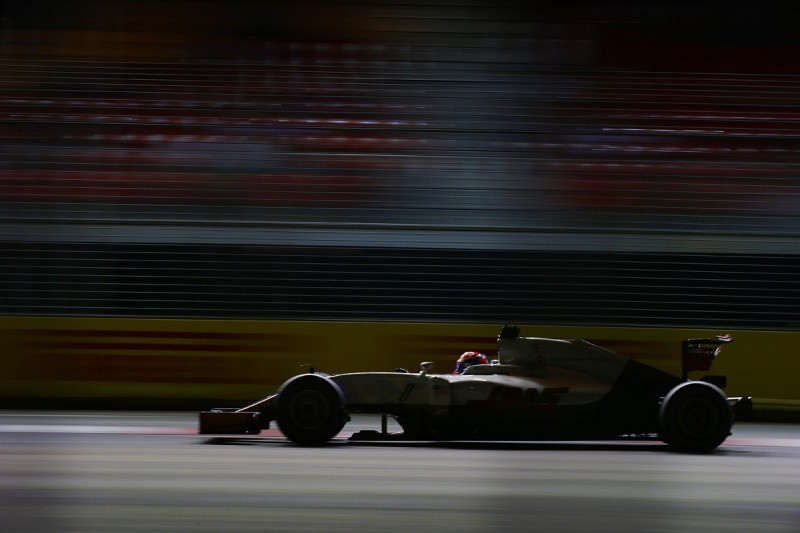 Grosjean revealed he may yet revert back to tried-and-trusted parts on the car, rather than running with the new package.

"We've some doubts on some of the updates and what we should do," added Grosjean.

"The guys are working on the data, and depending what we see I may decide to revert back on some stuff to try tomorrow.

"The car was just very weird in some places and very, very unpredictable, so we don't know if it's related to updates or something else on top of other problems we had."

Asked if there was any hope of a top 10 qualifying result after team-mate Esteban Gutierrez's Monza Q3 appearance, Grosjean replied: "I'll try. I'll get some magic in my hands and hopefully get a good qualifying."

"It was very interesting to try the new package," said Gutierrez.

"There is a lot of potential, but we still need to evaluate it because the car is pretty different, so we need to look at what we need to change in order to compensate and extract more from it.

"It's providing steering under braking, but we are now experiencing some understeer.

"I still see it as a positive step, but we need to go deeper in order to extract the maximum performance from it."