The 2008 Canadian Grand Prix winner targeted a stunning F1 race return after successfully testing contemporary F1 machinery last year, the first time he had done so since the 2011 rally crash that almost killed him.

Kubica was eventually beaten to a Williams seat by Sergey Sirotkin but has been given the reserve role so the team can continue to evaluate him.

"It's a good feeling for me," he said when asked by Autosport how he had found his first F1 pre-season in seven years.

"If you think where I was 12 months ago, things have changed quite a lot.

"Actually I am enjoying my position, it's giving me quite a lot of challenges and also opportunities to see the team working, to see different point of view of many things.

"The engineers, technicians, mechanics, all the team is working, but when you are a race driver you don't get so deep as I have opportunity to get in this situation.

"It's a good opportunity and, I'm enjoying it, it's also good fun, and I think it will be an interesting year." 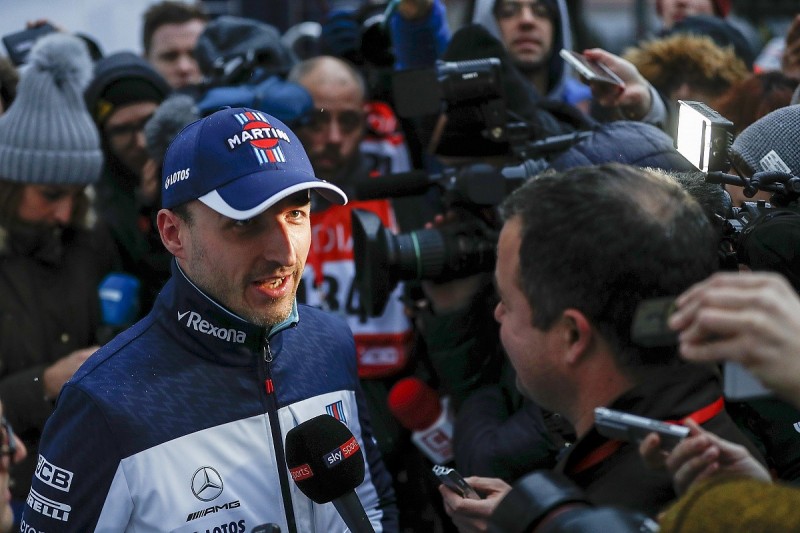 Asked to judge the quality of the Williams after completing two half-days in the car, Kubica said "this will have to stay in our engineering office".

He added: "From my point of view, from the goals we had and in the position I am, I think I had quite a clear view of where we have to do some work.

"It's a bit more of a race driver's job to optimise it."

Kubica was due to drive on the final day of testing but moved aside so race driver Lance Stroll could get another half-day of running before the season opener in Australia.

He described the repeated questioning of that decision in a media session as "many people are asking me [why] like I would give away my heart".

"I felt that it's right to give them a chance to have more time in the car," he said.

"I had a good idea of the car after my running and I felt that our race drivers would benefit more from being in the car, especially because they have to bring home points, not myself. It's very simple."