Speaking in a Motorsport Leaders Business Forum session at Autosport International concerning government apathy towards motorsport, Richards highlighted the importance of promoting the positive change brought about through motorsport to generate support and referenced F1 "shooting themselves in the foot" over how the 50% thermally-efficient hybrid ICE engines were communicated as an example of the opposite.

Then-F1 majority shareholder CVC Capital sold out in 2016 to Liberty Media, which last year rolled out its plans to achieve net zero carbon emissions by 2030.

Richards has previously had spells in F1 as team principal at Benetton and BAR, and launched an unsuccessful bid to introduce his own Prodrive firm - best known for its rallying success with Subaru and with Aston Martin in sportscars - to the grid in 2008.

The 67-year-old succeeded BTCC boss Alan Gow as chairman of the UK motorsport governing body, then known as the MSA, in January 2018.

"But what did Bernie Ecclestone do? He said 'I don't like the sound of these, these are not very nice things' and they dumbed it down.

"They didn't wave the flag and say, 'look what we've created, look what a great technology we've got'.

"They actually had in-fighting, they just pulled the rug from underneath it straight away.

"It was so foolish, was a real shooting themselves in the foot." 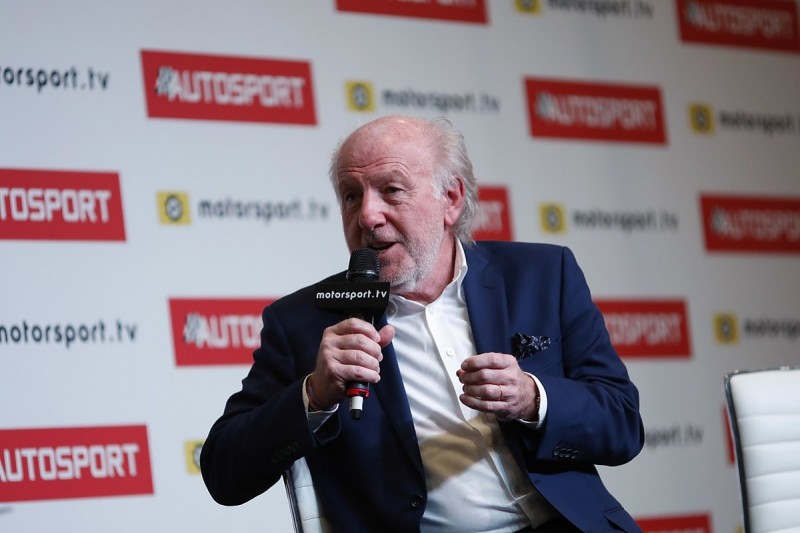 Richards has embarked on a revamping of Motorsport UK to improve the promotion of national-level racing and required the licensing of all competitors in grass-roots events to give the industry a greater lobbying platform in government circles.

But, he added, motorsport is holding itself back by being "apologetic" and focusing more on entertainment than innovation.

"It's very easy today to think to ourselves that we've got to apologise for running around in circles, burning rubber and fossil fuels when there are lots of other positive aspects to it," Richards said.

"We're about to launch electric karting in the UK, we're looking at different sustainable fuels in sporting categories in the UK as well and we'll look at a whole range of initiatives.

"Motorsport has led the way in so much technology over many, many years, but I think we've fallen into the trap of 'we're really entertainment, it's not about technology anymore'.

"We have to get the initiative again. We've got to be leading the way and show what we can do."

Richards also praised the World Endurance Championship for making provision for hydrogen fuel cell-powered cars from 2024 and said the governing body "must be agnostic" towards the different solutions on offer.

"Politicians tend to have simplistic messaging and just say, 'electricity's the answer, electric cars, let's go down that road' but that is absolutely foolish," said Richards.

"We have got so many other technologies to explore, and in the longer term, I suspect we'll come up with a very new technology that likely is not hydrogen."