The logo, which previously featured on the Haas cars and its drivers' helmets, is at the centre of a legal dispute between Rich Energy and bicycle manufacturer Whyte Bikes in relation to copyright infringement.

Last month, Whyte Bikes successfully won its legal action against Rich Energy, which centered on the use of an almost identical stag logo that the bike company has established.

The case has opened the door for Whyte to lodge an injunction against Rich Energy to make it cease using the logo, as well as be award potential damages or a share of profits.

The matter is set to return to court this month for a ruling on the next steps. 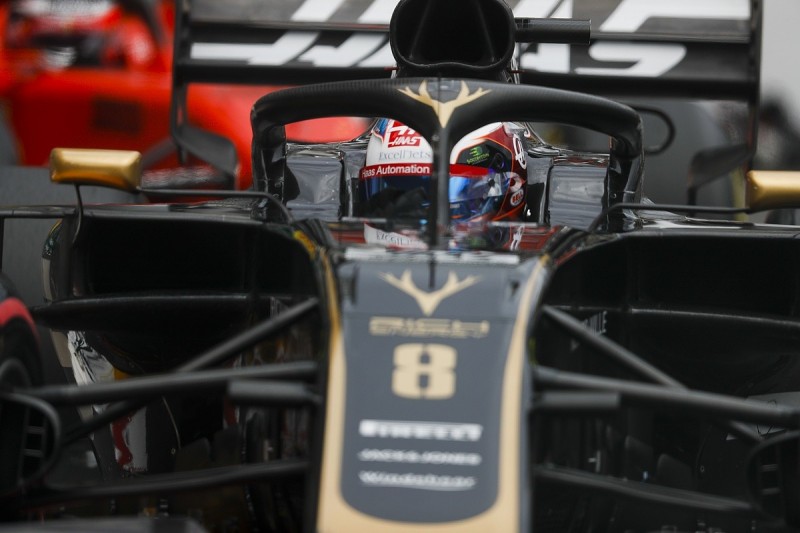 While the logo remained on the Haas cars in Monaco (above), Rich Energy announced that it had asked for it to be removed ahead of the on-track action beginning in Canada.

In a tweet the company stated: "We have asked our partners [Haas] to remove stag element from car this weekend.

"Whilst we own the stag trademarks & registrations worldwide Inc Canada we don't want any media circus for team whilst we contest baseless case with [Whyte Bikes] & win."

Speaking in Monaco immediately after the ruling, Haas boss Gunther Steiner had made it clear that his team was not directly involved in the legal action but would follow any requests from Rich Energy relating to it.

Steiner said: "We were told [that] when we need to change something they will tell us.

"For sure we check that everything is ok and we are doing everything they tell us.

Hamilton wants to change "minimal diversity" in F1 as his legacy