Daniel Ricciardo says McLaren Formula 1 team-mate Lando Norris shows similar traits of natural raw speed to Max Verstappen, even though he thinks it is too early to make direct comparisons.

The Australian has gone up against both Verstappen and Norris in the same cars, having previously raced at Red Bull alongside the Dutch driver between 2016 and 2018.

And although he thinks it is too early in Norris' career to judge how he stacks up against Verstappen, Ricciardo says that on track at least there are some obvious similarities.

"But, let's say, the skill on track, you could see just the raw speed is there. I see it with Lando this year. It's maybe a little bit early to compare him and Max. But, for sure, he's very good. Very, very good."

Ricciardo has had a challenging time getting to grips with a McLaren car that Norris has better managed to adapt to.

But he says previous moments in his career – such as his pole position against Verstappen at the 2018 Mexican Grand Prix – have assured him that he does have what it takes to fight against and beat the best.

Reflecting on that famous Mexico moment, which denied Verstappen the chance to become F1's youngest polesitter, Ricciardo said it was an important marker for his own self-belief. 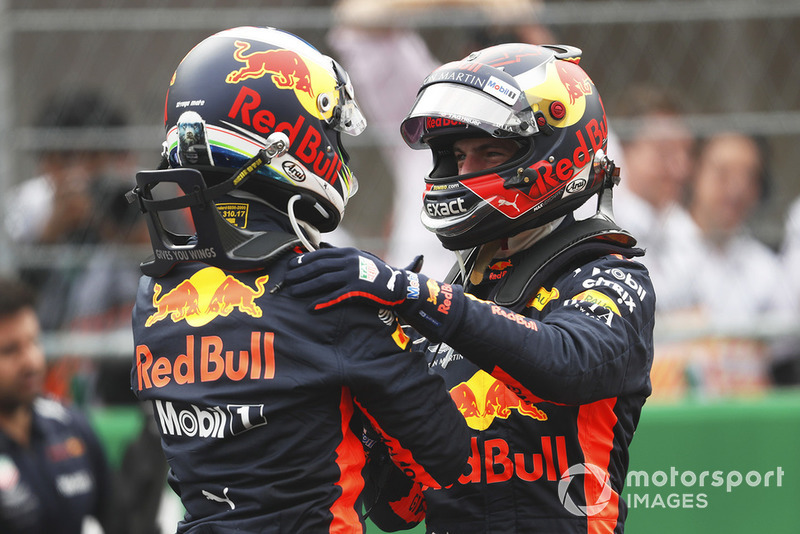 And it was especially sweet because he knew that Red Bull chiefs were slightly annoyed at him denying Verstappen an historic feat.

"I was aware of some of the things, but I tried not to pay too much attention," he said. "Because I think as well, I've never been the person to have like the negative mindset.

"For me I just had to focus on driving, and that was it. But for sure, I knew if Max got pole that weekend, he was the youngest ever polesitter, you know, so there was a record for him, a record for Red Bull.

"And for sure it's good for the brand, the team, the advertising and that brings income. So, that business side I get, and actually for that reason I chose not to get mad.

"I just say, 'okay, this is business', and I know this is sport, but it is also business. I was just very happy with myself, because one year before actually in Mexico, I think Max outqualified me by nearly one second. It was a really strange weekend.

"For that I was just proud that, you know, I could still do it. And obviously Max was driving very, very well. It just confirmed to me the belief I had in myself."