Ricciardo had started the race in sixth behind his team-mate, and a good start for Verstappen allowed him to attempt a pass on the inside of Valtteri Bottas at Turn 1.

That move did not come off, and Ricciardo was able to go down the outside of Verstappen to take fourth on the exit of the corner.

Verstappen attempted to hold the inside line but locked up and hit Ricciardo's left-hand side.

That left liquid pouring from Ricciardo's Red Bull and he spun at the next corner then had to retire.

Verstappen was hit with a 10-second time penalty for his part in the collision. 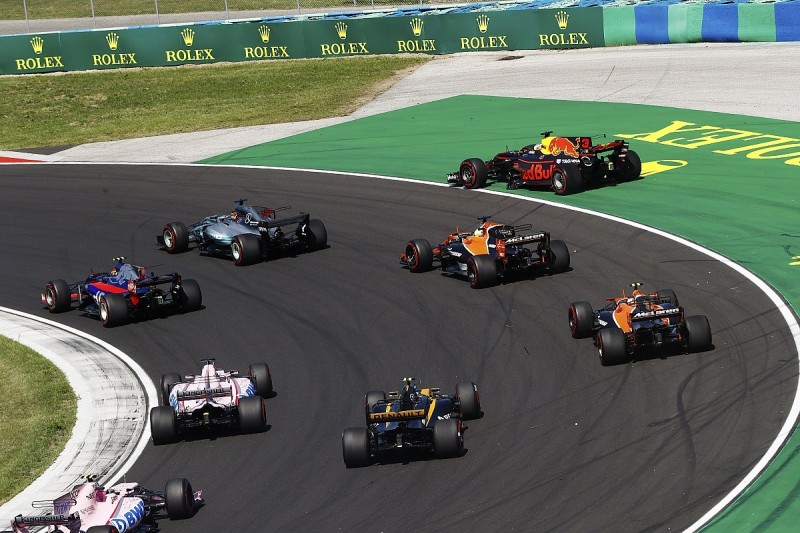 "I saw I had a good run out of T1 and there was a bit going on," Ricciardo told Sky Sports.

"I saw Valtteri on the inside so I could brake later on the outside.

"I could go there and protect the space.

"[Verstappen's move] wasn't on and amateur to say the least.

"It's frustrating, it's not like he was trying to pass.

"Valtteri was in front, I was behind, there was no room.

"He doesn't like it when a team-mate gets in front of him.

"It was a very poor mistake."

When asked if the move was Verstappen simply trying too hard, Ricciardo added: "I honestly don't think it's trying too hard or that there is an excuse for it.

"It's like he tried T1 outside, it didn't work and he had the line taken from him.