Daniel Ricciardo says he reached a "dead end" as he and the McLaren Formula 1 team tried to find ways to improve his form.

The team announced on Wednesday it had reached an agreement with the Australian that will see him leave at the end of this season, a year earlier than planned.

Since he joined the Woking-based outfit at the start of 2021, Ricciardo has struggled to adapt to the car and to match his team-mate Lando Norris, although he did manage to score an impressive win in last year's Italian Grand Prix.

Facing the media for the first time since the news of his departure was confirmed, Ricciardo said he had been talking to the team for some months about how to improve his performances before that morphed into a discussion about his exit from the team.

"It wasn't just a random call one day, and 'Hey, this is what we're doing,'" he said. "We've been in dialogue for really the last few months. And it wasn't like, 'Don't top five this race, and you're done.' But it was more, 'What can we do? How can we as a collective try to keep making this work?'

"And obviously I tried to give feedback, and obviously the things I would struggle with on the car. And there was a lot of dialogue.

"But also I understood that was also a point of concern, because the results I was getting were not up to the level that we all thought they could have been.

"So we did talk, I certainly want to say, months about it, and ways to try and rectify the issues.

"But then also, potentially, 'Okay, what next? What now?' We came to unfortunately a bit of a dead end, where we felt like we'd exhausted most things that were at least in reach at the time.

"And that's when obviously they made a decision." 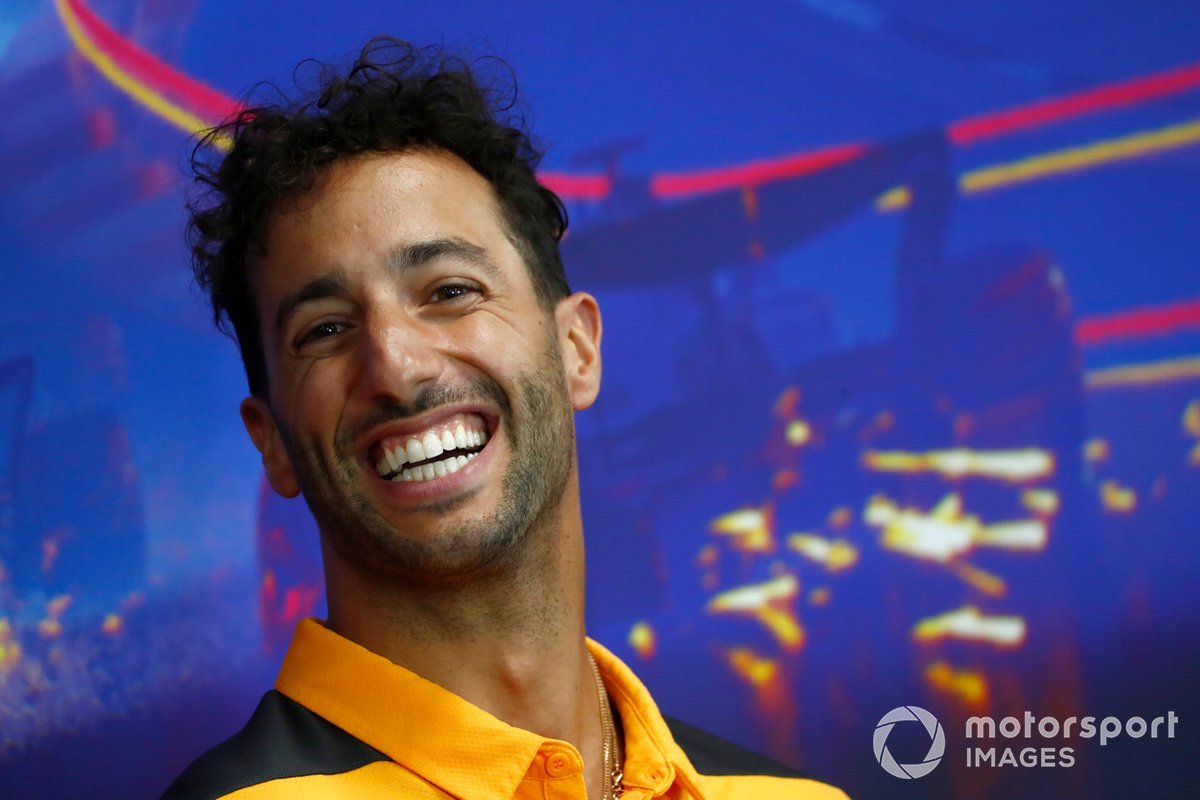 Expanding on his thoughts about the early split, he said: "It's obviously not like the nicest feeling, but I look back on it, and I can hold my head high in terms of applying myself and trying to make it work, like trying to put everything in.

"And sometimes you just have to accept that, okay, I tried, and it didn't necessarily work out.

"But from that point of view, I don't look back in terms of 'Man, I was slacking off. And that's why I earned this.'

"It's just one of those things. I'm proud of the way we tried to make it happen, and persist through it. But some things maybe you just say that they're not meant to be."

Ricciardo is determined to continue his career in F1, and said he would be willing to take a sabbatical in 2023 if that meant the right opportunity would come up the following year.

"Yes, if it made sense," he said when asked if he might take a year out. "It's the only racing I'm interested in at this stage of my career. F1 is what I love, and it's where I see myself, if I'm doing any racing.

"If let's say the stars don't align, and it doesn't make perfect sense next year, and if it means taking that time off to kind of reset or re-evaluate, then if that's the right thing to do, then I'm willing to.

"I still love the sport, and I think through all of this, I guess, call it adversity, I haven't lost that confidence in myself. We've had some tough weekends. And you can't help but show emotion sometimes. But I still love it.

"I don't know what that means yet for the future. But of course, if it's the right opportunity, then this is where I want to be."