McLaren Formula 1 driver Daniel Ricciardo says the power unit issue that caused him to tumble out of the points in the Styrian Grand Prix was "disheartening".

The Australian finished a lowly 13th after a good start from the same position propelled him to ninth was negated by a glitch that forced him to let other drivers past.

Ricciardo had already been left frustrated by an unexplained loss of performance in qualifying that left him only 13th on the grid.

He made amends with a strong first lap in the race, jumping up to ninth place, behind George Russell.

However on the seventh lap he experienced a loss of power, and he quickly tumbled down to 12th place as Yuki Tsunoda, Carlos Sainz, Sebastian Vettel and Kimi Raikkonen all passed him.

He solved the problem with switch changes after the team told him to go to “white default zero one” and later “white default eight zero,” as well as suggesting that he stay out of Raikkonen’s slipstream in order to cool the car.

“It was disheartening because I had such a great start and obviously on a preferred strategy with the medium,” Ricciardo said when asked by Autosport about his frustrating race.

“I felt like the cars ahead would have struggled on the soft, and we were in a really good position.

“So it was all there ahead of us. And then I lost power, I think I felt it out of turn one.

"And then I got some switches and we were able to able to recover it, by I think turn seven or turn eight.

"But everyone I passed on lap one I did wave back past me. So then you're in the train, and that's it, afternoon done.

“We were ahead of Sainz, same strategy, and he finished sixth. I really think that was us today.

"I think we could have been fifth and sixth again, as a team. So when it's low, it's really low, this sport.

"So this was one of those days that I really did not want.” 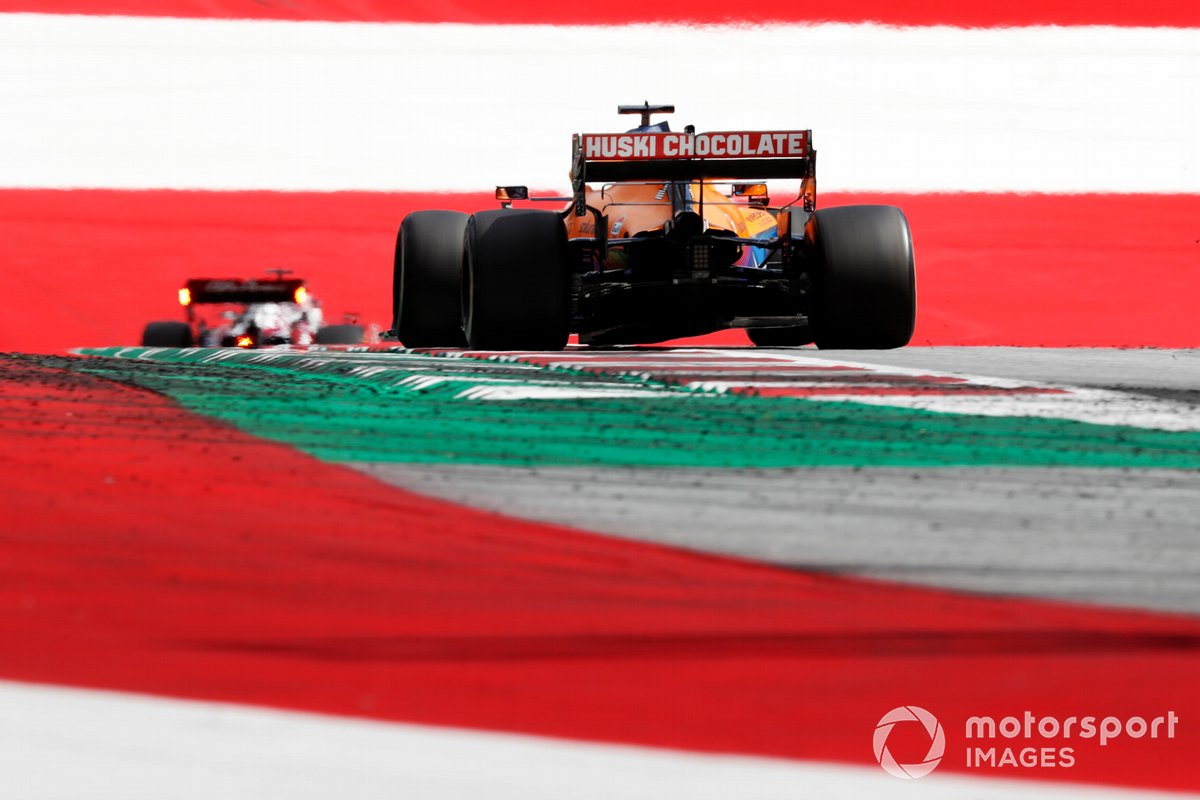 Ricciardo said that his Mercedes power unit performed perfectly for the rest of the afternoon despite losing another place to Ferrari's Charles Leclerc.

“It was fine after that,” he said.

“So in a way, that's kind of what sucks even more. When you drop back that much sometimes you're just like, alright let's kind of end the pain.

“We still have a long race to go. But once you're in that train, everyone kind of has DRS and clear air is so important around here.

"It was just so static. I think everyone's pace was quite similar in dirty air. So there was really nothing to do after that. The race just honestly changed like a switch.”

On the plus said Ricciardo noted that the team made progress on understanding his qualifying issues.

“Yeah, I definitely got some clarity on some areas that we kind of missed out," he said.

"I think I would comfortably say, 50% we're on top of. I think there's still a bit more to understand.

"But I also think there's a bit with set-up as well. Let's say, I'm optimistic going into next week that we will be alright.

“I was fairly comfortable. And I especially today I put yesterday behind, and I was very kind of geared up, ready for today's start. And again, I think it showed another strong first lap.”