Daniel Ricciardo says his McLaren Formula 1 team worked him "pretty hard" over the past two months as the Australian got up to speed ahead of his first season with the operation.

Ahead of this weekend's F1 season opener in Bahrain, Ricciardo has revealed just how intense the preparation for his first McLaren campaign has been as he worked to embed himself within the Woking team.

"They've worked me pretty hard to say the least over the last two months," said Ricciardo.

"But let's say there's been a method to the madness. It's had its reasons, and it hasn't wasted my time. I think we've worked efficiently.

"They're just ticking as many boxes as they can and I think it just shows they put the work in and they're getting the results as they showed the last couple years. It's been pleasant."

Expectations around McLaren are higher than they've been for years after the team claimed a surprising third spot in the 2020 constructors' championship. 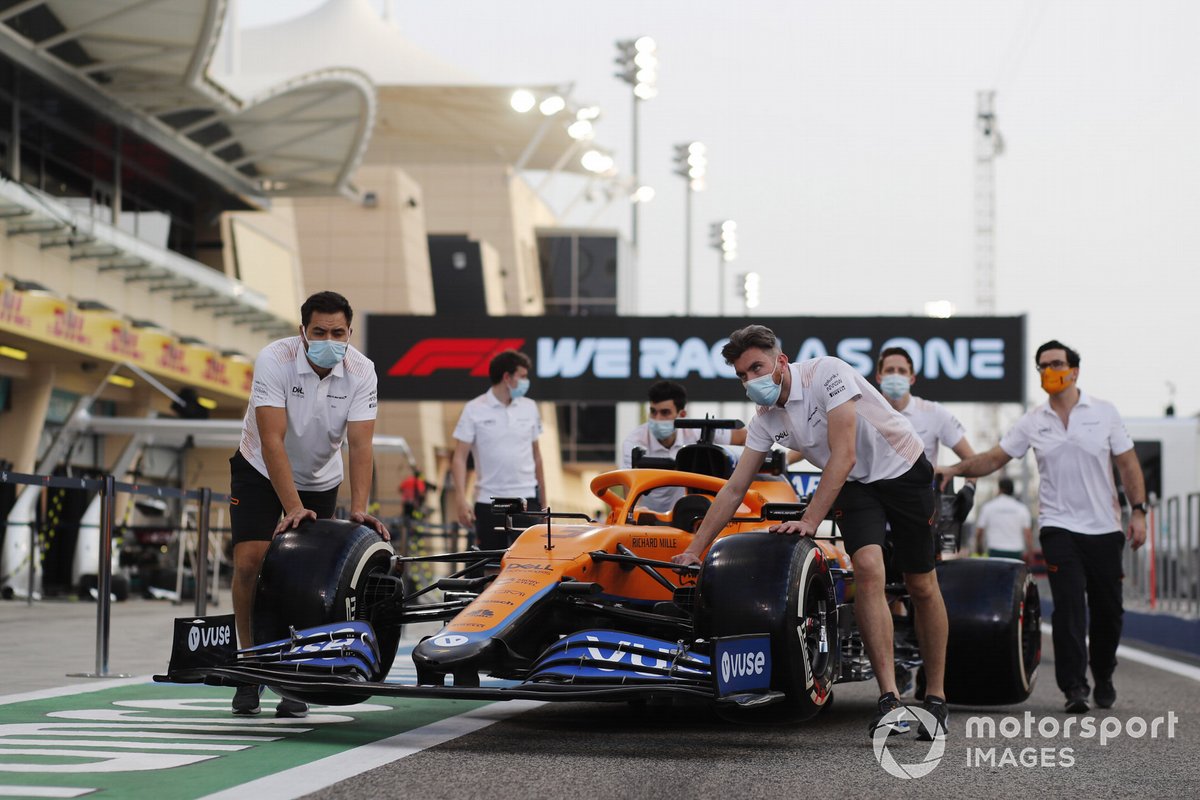 Ricciardo feels McLaren's increased stature within the F1 paddock is palpable and believes there's "a real sense of momentum" in the team.

"From the outside, looking into McLaren the last couple years, they turned a massive corner and even their presence in the paddock, I think was certainly more known. It felt larger," the Australian added.

"Walking in there I feel that there's a lot of enthusiasm, motivation. I know these are very kind of cliche words but there's a real sense of momentum in the team."

Despite only getting three half days in the unfamiliar MCL35M during pre-season testing, Ricciardo feels he is up to speed with his new car and thinks the last bit of performance will come as the season unfolds.

"I mean, every car is different," he said when asked about the difference between the McLaren and his old Renault car.

"The best way to quickly say it is I think all of us could jump in any car on the grid and get up to 90%, 95% relatively quickly, because in a way, they all do the same thing.

"They're all an F1 car, they all have their strengths and they've all got a fair amount of downforce.

"It's then extracting probably the last 5%, that's where your exploit different characteristics of the car. Whether that's through traction, through braking or through high speed cornering; the list goes on.

"But it hasn't been a massive adjustment, it's fairly familiar. I think just extracting that last bit will naturally come over a bit of time."