Daniel Ricciardo believes Formula 1 should consider tweaking the layout of the Yas Marina Circuit in Abu Dhabi, saying the entertainment in its races can be "a bit grim" 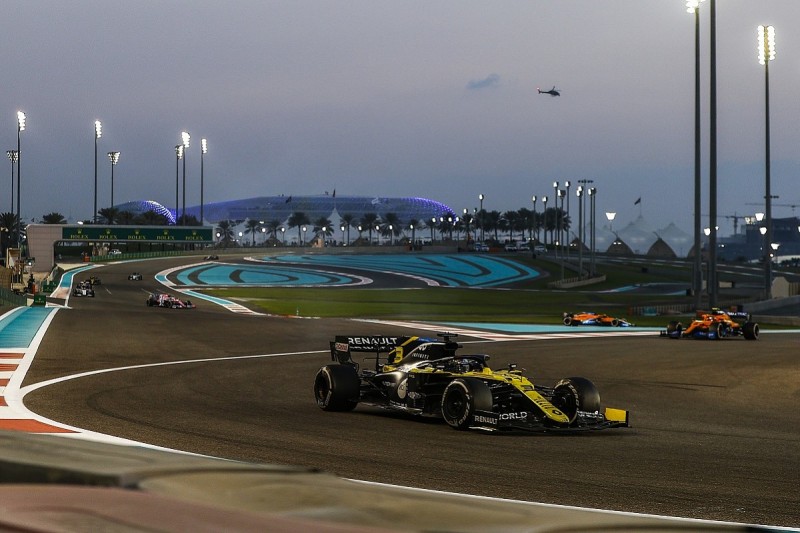 The Abu Dhabi Grand Prix has served as F1's season finale since 2014, and hosted the final round of the revised 2020 calendar last weekend.

But the last six editions of the race have all been won from pole position, while the track layout has been a regular point of contention for drivers left frustrated by the limited overtaking opportunities.

Sunday's race featured just two overtaking moves in the final 20 laps, and there were points where no driver ran within a second of each other, leading to questions about the suitability of the configuration used at Yas Marina.

PLUS: How the dull F1 finale could be improved

Outgoing Renault F1 driver Ricciardo said he personally enjoyed the race after a long first stint allowed him to rise from 11th on the grid to finish seventh, treating it as "a long time trial".

The Australian accepted there was "not a whole lot of action with other guys", and questioned whether the layout used should be reviewed.

"It's a shame, because it is such a great venue," Ricciardo said when asked by Autosport about it being a boring race to watch.

"I certainly don't want to talk the place down, because I want to keep coming back here, because it is amazing.

"But maybe we could play around with the layouts. I know there is a few alternatives maybe around here, because unfortunately on Sunday, it is tricky.

"It's sometimes a bit grim from an entertainment point of view." 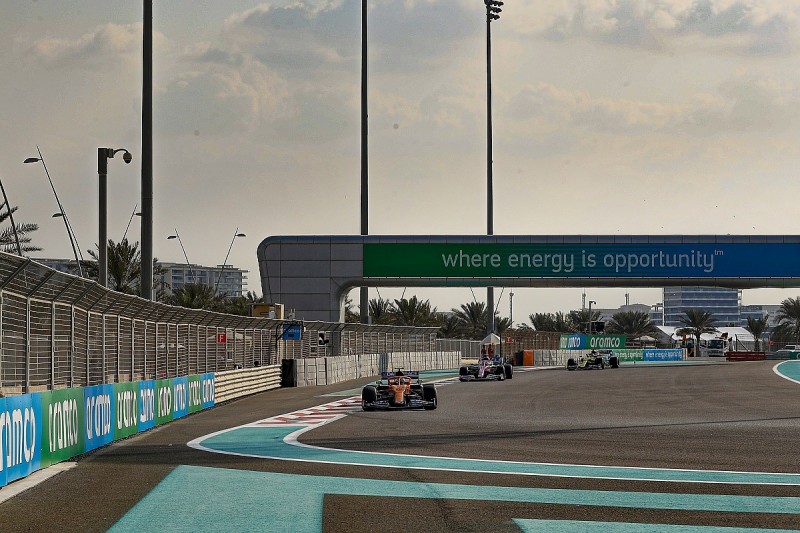 Max Verstappen was able to take a straightforward victory for Red Bull in Abu Dhabi, never once coming under pressure from Mercedes drivers Valtteri Bottas or Lewis Hamilton behind.

Mercedes team boss Toto Wolff echoed Ricciardo's thoughts, feeling the difficulty for drivers to follow meant it was hard to have exciting races.

"The amount of messages I got during the race with the sleeping emoji, it was the most I ever got," Wolff said.

"I think we need to look [at it]. It's very difficult to follow in the wake in Abu Dhabi. It's a fantastic venue, the infrastructure is like no other, and spectacular.

"But like we saw with Alonso and Petrov [in 2010], it's just so difficult to overtake, even if the car is slow in front of you.

"Maybe it's worth looking at the configuration. It's none of my business, but maybe there are track configurations we could look at that would make it a little bit more interesting for overtaking purposes.

Seven-time world champion Hamilton said after the race he hoped the new cars coming in 2022 would make it easier to follow.

"I hope and pray in 2022 the cars are better to follow," Hamilton said.

"I don't know, if it was a boring race to watch, but as soon as you get within like three seconds, you are just sliding around and you're in turbulence the whole time.

"So I really hope that what Ross [Brawn] has proposed really makes a difference."