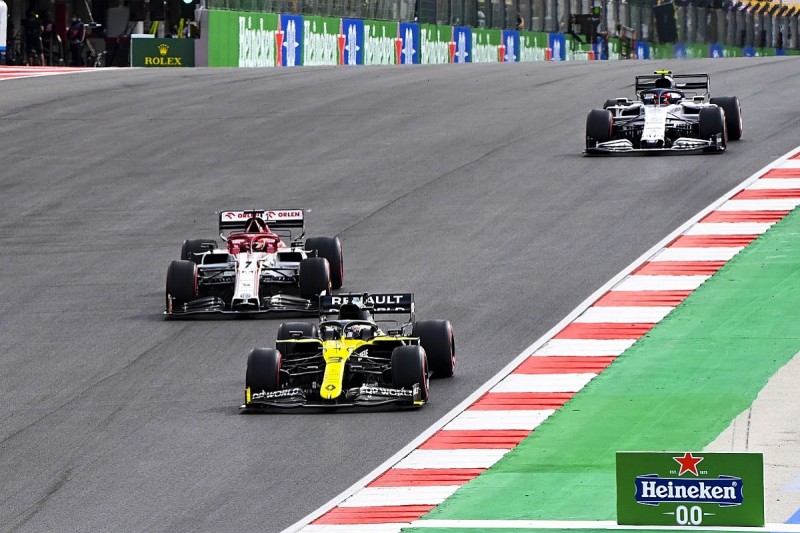 Although the Algarve circuit had not been expected to throw up many overtaking opportunities, the Portuguese Grand Prix turned into a thriller with a number of spectacular passes.

Furthermore, the layout gave the chance for a host of wheel-to-wheel battles that went on for several corners as drivers fought for position.

Ricciardo thinks two factors were at play on Sunday - the first being the track surface and the second, more importantly, the nature of the final turn.

"I would say one of the trends is a high speed last corner," said the Renault driver.

"It really gives you a chance to catch the tow from early on: it's a bit like Mugello.

"It's quite a fast last corner and you can catch the tow a lot earlier.

"When you look at Barcelona, and you accelerate out of a slow chicane, there's that concertina effect where you know the car's already gapped from traction.

"By the time you pick up a tow it's halfway down the straight, it's too late.

"So I think a high speed corner onto the straight helps a lot because you can pick up the tow and that helps overtaking. 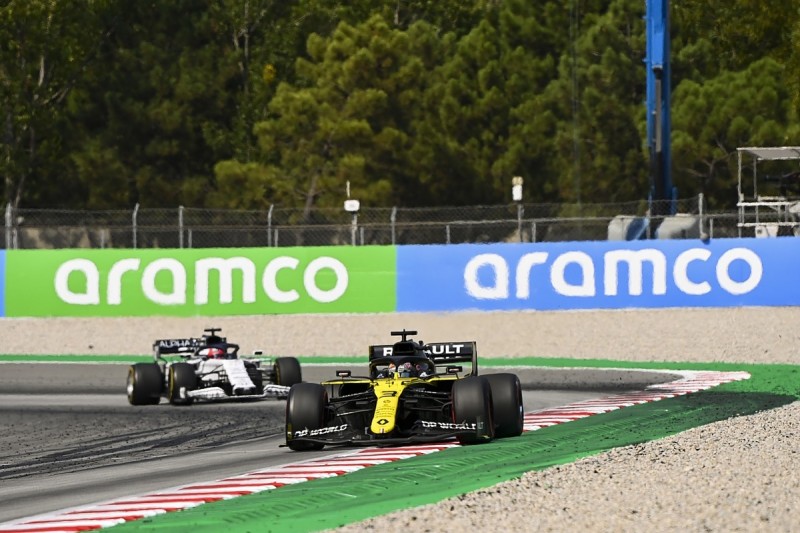 "Then, I think as well, just this track surface being so slippery.

"There were mistakes and it was easy, if you basically kept a clean line, and the other car didn't, to pick up a tow or pick up an opportunity."

Ricciardo says the take away from Portimao is that he would like to see Barcelona go back to its original configuration of a high speed final corner.

The chicane that is currently used was introduced in 2007, with the aim of trying to help overtaking. At the time, it was felt that having a slow corner like a chicane on to a long straight, followed by another tight corner, was the right way to go.

However, Ricciardo suggests that the current generation of cars may be better off having a high speed corner on to the straights.

"I would love to go back to the old [Barcelona] circuit with that old last sector," he added.

"I think overtaking would change dramatically around that track, so hopefully we can make that happen."