Ahead of Formula 1's return to the Netherlands after a 35-year absence, an extensive upgrade project has taken place at Zandvoort, including the modification of two corners to create banking.

The final corner will be at an 18-degree angle, making it twice as steep as the banking at Indianapolis, which hosted the United States Grand Prix between 2000 and 2007. Turn 3, Hugenholtz (below), will also feature a bank of 19 degrees. 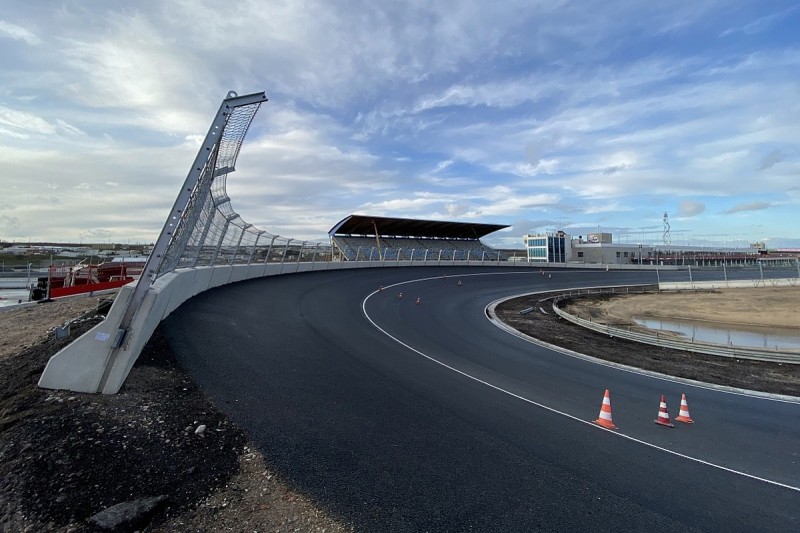 The first images of the completed banking construction project were released on Thursday, more than two months before the cars hit the track for the first time.

"We did something that we thought would be really formidable to drive, that has no equal at any other racetracks," said Dromo founder Jarno Zaffelli.

"Turn 14 is quite ample and wide, making it full throttle, whereas the transition between Turn 2 and Turn 3 has a lot of elevation and banking changes.

"All of your horizon is tilting, all of your perception is evolving, you feel like you are being squeezed. It's like being in a corkscrew, depending on the line that you are following." 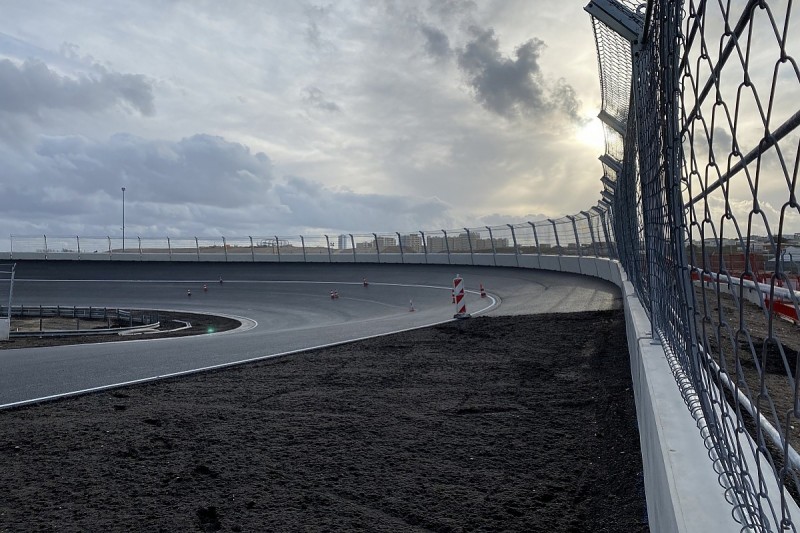 The asphalt laid on the banking is a bespoke mix designed to be laid at an angle that should result in fewer marbles coming off the tyres, allowing various lines to be taken through the corner.

"The final corner was flat-out even without the banking, but I do hope the banking enables us to open the DRS a bit earlier," Verstappen said when asked about the banking by Autosport.

"And the rest of the track remains pretty much the same, so it is still as it used to be.

"Those parts were very nice to drive already."