With potential midfield rivals McLaren and Force India expected to bring major updates for this weekend's Australian Grand Prix, Sainz and Hulkenberg are both cautious about Renault's prospects for Melbourne.

They are counting on rapid progress later in the year instead.

"I'm [more] confident about the development more towards the middle of the season than for this race I think," Sainz told Autosport.

"We have our baseline from testing and I don't think there's many things coming - a few bits but not something that could change dramatically the performance of the car.

"Apart from that I'm convinced with more set-up work, with more emphasis on the small details we can still unlock a lot of potential out of this new car."

Renault introduced a new front wing at the final Barcelona test, and it was signed off as race ready having provided the hoped-for performance step.

Hulkenberg said that 2018 would be another season of building for Renault, because it would still take some time for the benefits of recent investment to come through the system.

"Last year we built the infrastructure a lot more and taken people on board, so all that takes time until you see the pay-off, until you get the benefits from that," he said. 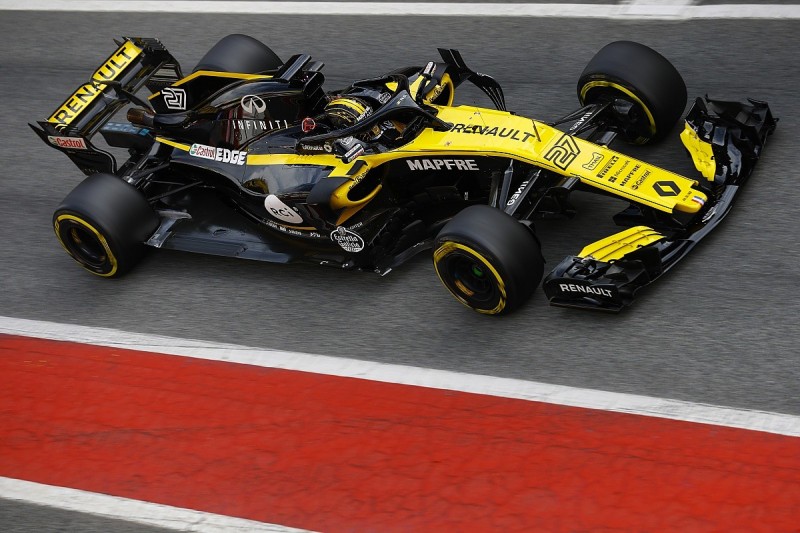 "I think during the course of this year we should start to get the benefits and the results from the investments we made last year."

Asked if he felt Renault was close to a breakthrough, Hulkenberg replied: "I think we are not quite there yet, to be honest.

"From testing I just had a quick look at the top three teams, and when Red Bull came by me on a long run they still do have quite an advantage. I don't think we are quite there yet."

Last year Renault made rapid progress in the final part of the season, and overhauled Sainz's previous team Toro Rosso for sixth in the constructors' standings at the final race.

"I was in a Toro Rosso being the fourth or fifth fastest car out there and all of a sudden you could feel the Renault development kicking in and overtaking us.

"As soon as I jumped in the Renault I could feel the car was a step ahead. Because of that I have a lot of confidence that will happen this year.

"Now with me and Nico guiding the team in a similar direction and pushing each other things are going to fall better, and it's a manufacturer team.

"It has resources, and because of that I'm confident it's going to evolve no matter where we start here in Melbourne."