Kevin Magnussen suggested after the Italian Grand Prix a decision was due prior to the following race in Singapore, only to then reveal at the Marina Bay street circuit there had been a delay.

Magnussen then went on to claim only the team's second points-scoring finish in Singapore in 15 grands prix this season - and without any water - underlining just how problematic the RS16 has been.

Abiteboul told Autosport: "We need to be fair with the drivers that we have.

"We know the hardware we are using is not the best, so when it comes to measuring their pace, their consistency in particular, it's difficult.

"We are giving them all possible chance to be properly assessed, and although it's obvious we will factor into the equation what we know from our hardware, it is difficult."

NO RUSH ON DECISION 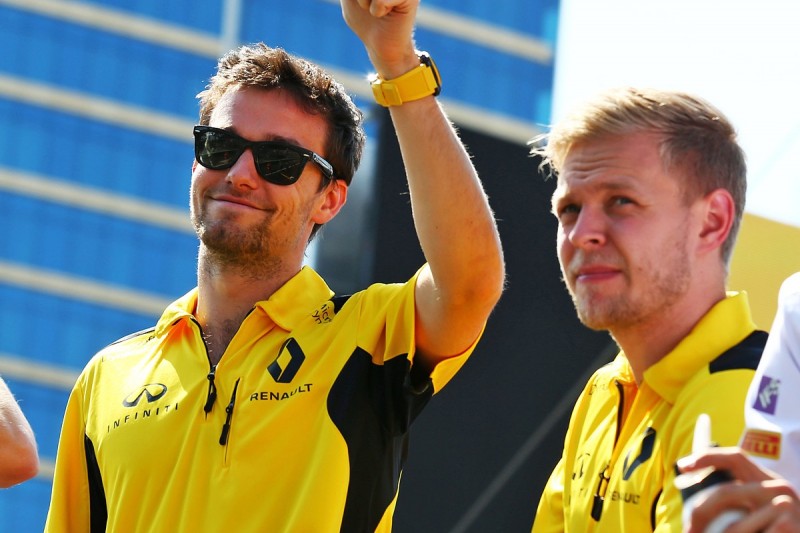 Aside from Magnussen and Palmer, it is known Renault has courted Sergio Perez, but the Mexican has become frustrated with delays behind the scenes and is poised to remain at Force India.

Toro Rosso's Carlos Sainz Jr has also been mentioned, but he is under contract to Red Bull, which has no interest in letting the Spaniard go.

Esteban Ocon, the Mercedes junior who started out this season as Renault reserve before taking up a seat at Manor after the summer break, is also in the frame.

Abiteboul added: "We need to accept we need to take a bit more time.

"We have a number of options, good options, which shows people believe in the project of Renault.

"So we are just trying to make the best decision for the team, and in that respect we need a bit more information and intelligence than we have at the minute.

"If anything, the extra time we are taking in order to form a decision is not playing against our two current drivers."

It is understood Renault is monitoring Ocon under race conditions, evaluating his performances and whether he would be good enough to join the works team full time.

Asked whether Ocon was still in his thoughts, Abiteboul replied: "Absolutely, and we are in a nice position as he is currently driving, so it's extra information we receive.

"The big names under contract will remain under contract, so we know who is and isn't available, so we have a little bit of time to make a decision because we want to be as well informed as possible."