Renault will seek to extract more power from its upgraded Formula 1 engine if it is "stoked" by its results, says driver Daniel Ricciardo

The French manufacturer introduced an early engine upgrade ahead of the previous race in Spain, for reliability reasons.

Renault suffered a spate of engine problems during pre-season and the first two races, which was initially combatted by introducing a new MGU-K and then a new combustion engine at Barcelona.

Asked by Autosport if those reliability gains were as important as seeking power, Ricciardo said: "Yeah, absolutely.

"It's more for reliability. But it's one of those things when the team is stoked with it and feel comfortable, they can start to push it a little bit more.

"The first step is reliability. But if they see some really good things there, they can certainly turn it into a bit of power."

Ricciardo said that "some materials" have been changed in the Renault engine to help that cause.

"For now that's the target," he reiterated. "But if we see it's viable, then we can start pushing the power curve and other things people do in qualifying." 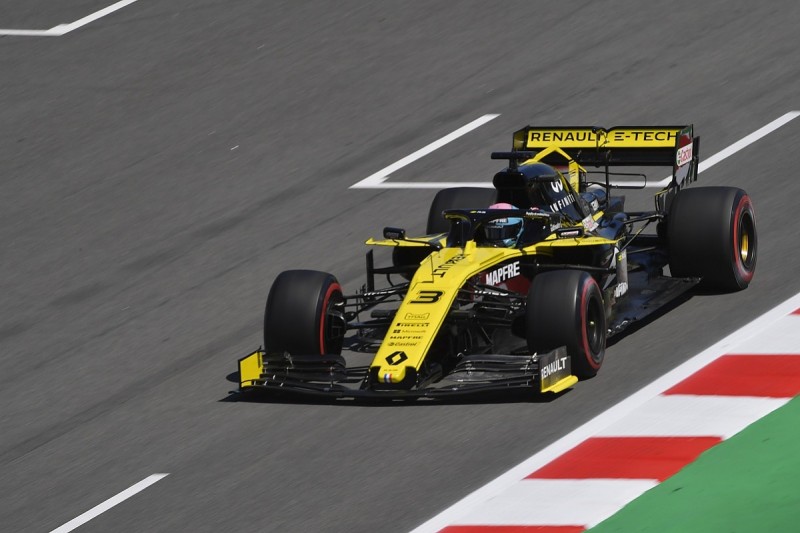 Renault had targeted a clear fourth place in the constructors' championship this season after securing best-of-the-rest honours in 2018.

However, its reliability problems and struggles on the car side have left it only eighth in the standings.

Ricciardo's team-mate Nico Hulkenberg says the team has fallen short of its "ambitions and targets" in recent races.

"Expectations are high as ever but we also don't need to over push people," said Hulkenberg.

"Sometimes you also need to take a step back, take a deep breath and let the people work.

"Putting pressure on everyone doesn't always pay off.

"I'm not saying we're treating people wrong but there is the right time for certain treatments."