Renault has set a winter target to become a top three team in pre-season testing mileage next year, as it bids to make further gains in Formula 1

Although the Enstone-based outfit made decent progress with the speed of its car this year, it was held back by a run of reliability problems on both the chassis and engine front.

Renault believes that the key to progressing from its sixth place in the 2017 constructors' standings is in ensuring it gets as much running as possible done before the season starts.

Renault F1 managing director Cyril Abiteboul told Autosport: "We are ambitious again, as we are every winter.

"You have 10 teams who are very sure that they are going to produce a fantastic car, and we are just taking a very methodological approach.

"We need to focus on what matters, on what counted, this year, which is in particular the first goal - to have a very reliable car as soon as the winter tests. 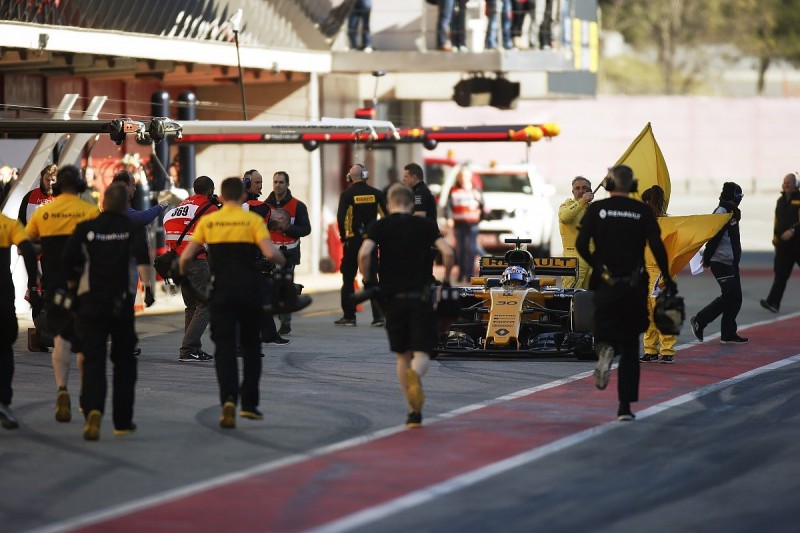 In winter testing last year, Renault was ranked only sixth overall in the amount of mileage it completed. During the two tests it managed 1364km in total, while Mercedes completed 2597km and Ferrari logged 2179km.

Renault's late-season surge to snatch sixth in the championship earned it another $6.5million, but Abiteboul believes the high level of motivation within the team will make a bigger difference than the extra prize money.

"F1 is all about people," he said. "You need resources, but that is not what is going to make a huge difference for next year.

"But people, mindsets, spirit, and motivation, they are huge.

"When you have more than 1000 people working and they are having to work flat out over the winter in order to build a complete car, new car, new engine, that is so important.

"I believe so much in every single employee and team member, who are now going to have an extra element of motivation that will make so much more difference than a couple of million."