In early February the French manufacturer launched its works team return with what it described at the time as "a show car" featuring a predominantly black livery with flashes of yellow.

The team, which took over Lotus towards the end of last year following protracted negotiations, ran with that look throughout the two pre-season tests at Barcelona's Catalunya circuit.

But it has always been Renault's intention to return to its more traditional roots in terms of its colour scheme.

The RS16 now sports a matt yellow body, with the front and rear wings in black and some small touches of gold towards the rear, as revealed by Autosport earlier this month.

"Today is about what's in the season to come, and the important thing is the colour, that it says a lot about your identity and who you stand for," said Renault managing director Cyril Abiteboul at the livery launch in Melbourne's docklands area on Wednesday.

"Tonight is about our identity and what Renault stands for.

"I look around and it looks like people are trying to disappear from the Tarmac, so we've gone for something different.

"I think it works well. We've gone for yellow, which has been the colour of Renault since 1946, so we've been true to our history."

The colour is similar to that used on the Renault RS01 sportscar for its launch.

It is believed the matt finish across the entire car means a weight-saving of almost half a kilogram compared to the use of gloss. 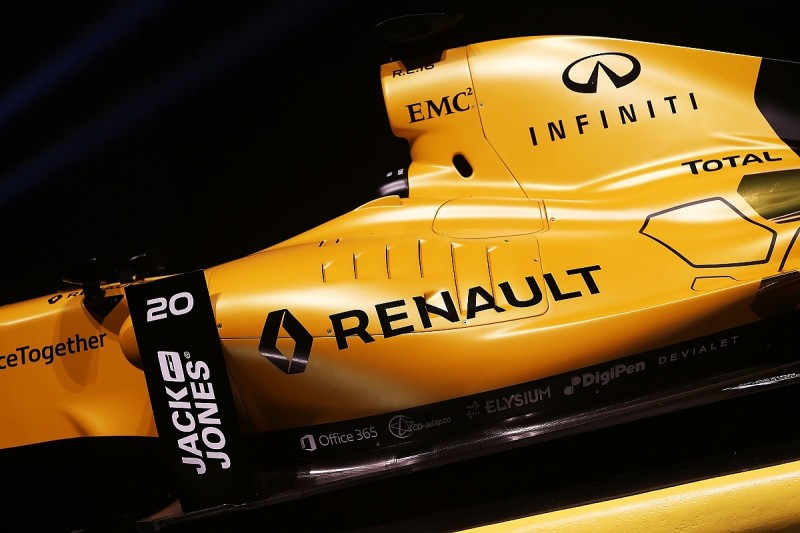