The French manufacturer started the season with a brand new specification and made a small update for the Bahrain Grand Prix before introducing its next spec in Monaco.

That left it with 21 development tokens remaining and while it said the next major update would not come until the first race of 2017, further upgrades were being considered for this term.

Following positive dyno results at its Viry base, Renault is aiming to bring an update to the next race in Singapore or the following one in Malaysia.

"We still have some more to come for this year," Renault engine technical director Remi Taffin told Autosport.

"Maybe in Singapore we'll have a bit more and we'll see what we get by the time we get to the end of the season.

"Now we're fully focused on next year but the development we get for the next race or the race after have already been planned. 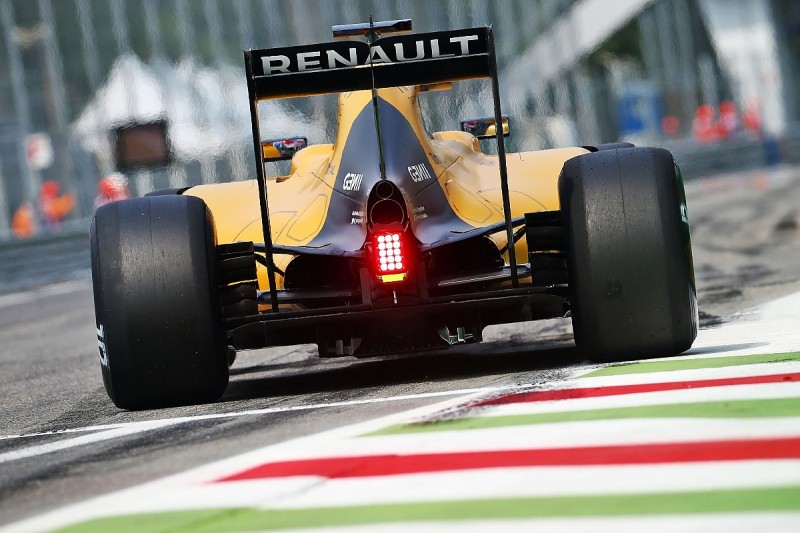 "We hope that it will be a tenth or two [laptime gain] if we get what we think we will get."

When asked if that will be the final token spend this season, Taffin said: "There could be some more to come.

"When we have something that is quicker, we don't leave it on the shelf for the sake of having it for next year."

Taffin does not anticipate Renault using all of its remaining tokens with the spend for the rest of the season expected to be around "three, four or five".

The upgrade comes after Ferrari used the last three tokens of its allocation for its home race at Monza on Sunday.

Honda has three remaining while Mercedes has six. Both have yet to decide if they will bring any further developments during the final seven races.

TOKEN USE SO FAR