Renault has lodged another protest against the Racing Point team following the Hungarian Grand Prix, citing a breach of Formula 1's sporting regulations over listed parts 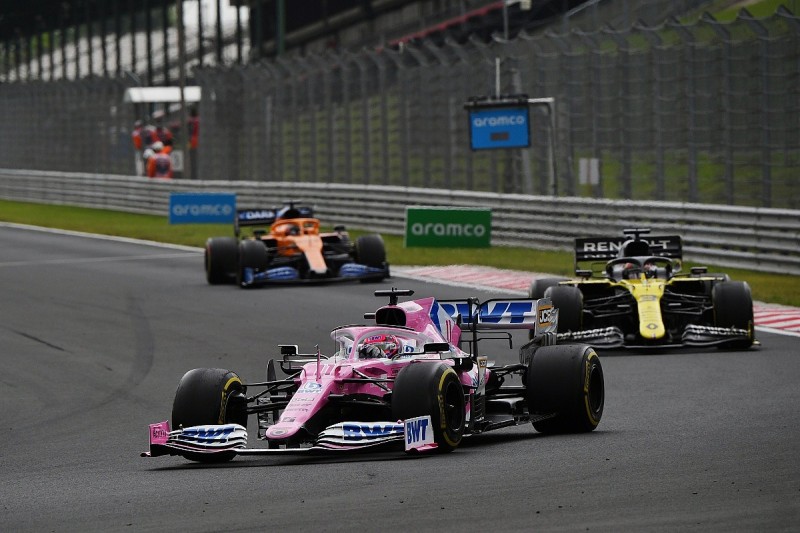 Having already protested Racing Point's brake duct design following last weekend's Styrian Grand Prix in Austria, Renault has done so once more despite already having been told its case was admissible last weekend.

The original outcome of the protest is expected to be heard during the break between the Hungarian Grand Prix and the British Grand Prix in two weeks' time.

The official documents make mention, once more, of Articles 2.1, 3.2, and three sub-sections of Appendix 6 in F1's sporting regulations, protesting the results of both drivers.

Both Racing Point drivers scored points once more this weekend, with Lance Stroll taking a season-best fourth place while Sergio Perez battled to seventh after a poor start.

The team is now fourth in the constructors' championship, level on 40 points with McLaren, and 28 points clear of Renault.

The stated articles relate to "listed" parts, otherwise defined as parts that teams must design and build themselves, and is specifically levelled at Racing Point's RP20 brake ducts.

Renault believes that Racing Point has used brake ducts not of its own design, and says that any internal similarities between the Silverstone team's design and those on the Mercedes suggest a transfer of information. 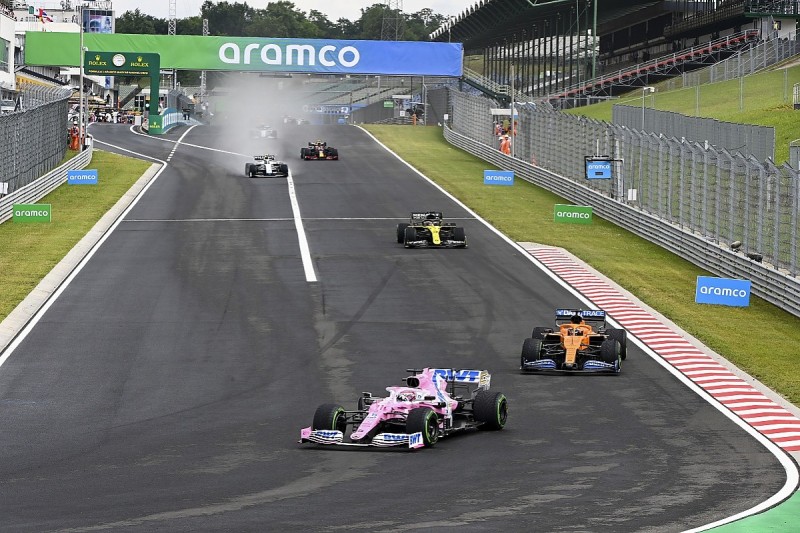 Brake ducts are a new addition to the listed parts category, having been added at the end of 2019 for the new season.

A Renault statement read: "We confirm that Renault DP World F1 Team has submitted a request to the Stewards of the Event for clarification on the legality of the Racing Point RP20.

Racing Point has been adamant that its car, noted for its similarity to last year's Mercedes, had been built with the FIA's blessing, although it later emerged that the FIA had not inspected the brake duct design.

The FIA later released a statement explaining that, as Renault's protest was levelled at the Racing Point's brake ducts as last time, parts used in the Hungarian Grand Prix will not be impounded for further investigation.

Having initially impounded Racing Point's brake ducts during the last protest, and retaining a sample of the front and rear ducts, the FIA explained that the team had used the same parts in the previous two races.

The Racing Point parts protested against by Renault following the Hungary race will therefore remain in Racing Point's possession ahead of the official protest hearing.