Sainz claimed the final point in 10th despite issues with his drinks bottle leaving him nauseous during the race, and late pressure from Sergio Perez.

Renault dropped Jolyon Palmer for Sainz near the end of last season.

"It's good to see that we have drivers now under pressure from Bottas and Alonso, and they are handling it," Renault F1 managing director Abiteboul told Autosport.

"They have the hardware to handle it, although obviously it was a track where it's difficult to overtake.

"Carlos was suffering a little bit due to a problem with the drinking system, but I don't think it would have changed anything anyway.

"They need to stay at the top of their games, because now they are part of the big boy league." 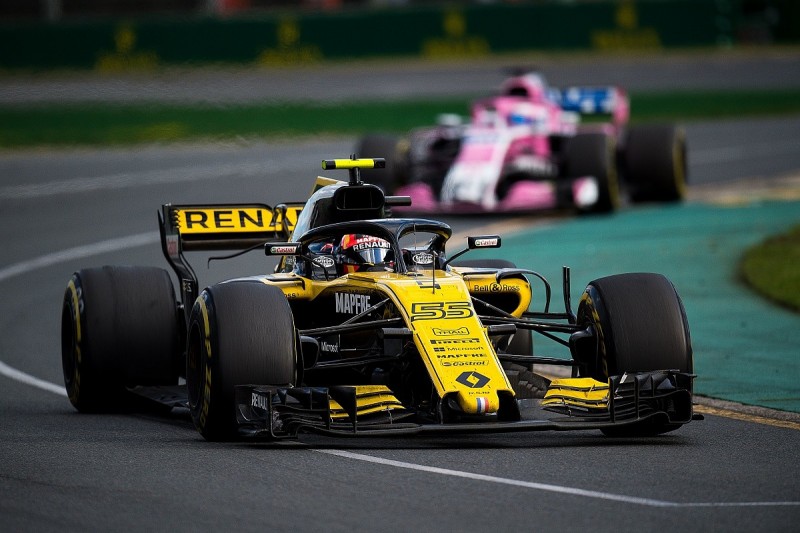 Although the works Renault team lost out to customers Red Bull and McLaren, Abiteboul believes that there is more to come from his cars.

"It's a decent start, and a start that gives us confidence and focus," he said.

"Not having had any reliability issues will also allow us to focus on what we have to do on the performance side, to hopefully clear Haas, and also to continue fighting with McLaren, because that's going to be an interesting fight during the season.

Abiteboul stressed that the team now has to continue to get everything right in order to achieve its potential.

"It's a sort of demonstration that as we are progressing in the field everything becomes more important, pitstop execution, strategy execution, reliability is a must - and performance," he said.

"There won't be any back-off possible, that's very clear, we will have to push on in all aspects.

"We know we have in the pipeline what's needed both on the chassis side and the engine side.

"So we are coming out of that first race pretty confident about the season to come."

Why these are worrying times for British F1 fans