Both Fernando Alonso and Stoffel Vandoorne have committed to nine sets of the supersoft compound.

No other team has followed that route, with midfield rivals Renault, Haas and Force India all opting for eight sets of the red tyre.

The top three teams have made near identical choices, with seven supersofts each for both drivers at Mercedes, Ferrari and Red Bull Racing, a choice also followed by Williams, Toro Rosso and Sauber.

The only difference among the top three is that Mercedes has its usual slight offset between its two drivers, with Lewis Hamilton taking two sets of mediums and four softs, along with the Ferrari and Red Bull drivers, and Valtteri Bottas opting for one medium and five softs.

Bahrain will be the first 2018 race appearance of the medium tyre. In Australia the hardest of the three available compounds - the soft - was widely used in the race. One of Pirelli's key targets for this season was to ensure that all tyres can be raced on a given weekend. 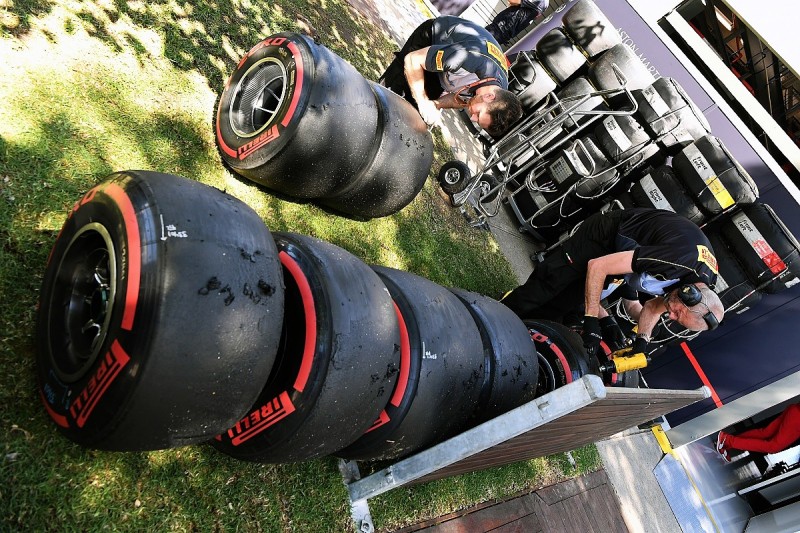 "The race went as we expected, looking at the numbers we collected on Friday," Pirelli F1 boss Mario Isola told Autosport.

"Obviously the expectations at the beginning were for a two-stop strategy, but then in general we saw that we had reduced degradation compared with the numbers that we had before the race.

"All the three compounds were race compounds, so we didn't have one of them out of the game.

"We didn't see graining, we didn't see blistering, just a few cases but nothing that could impact the performance."

Isola expects Sakhir to be a tougher test for the 2018 tyres than Barcelona and Melbourne, the two venues sampled so far.

"Bahrain is different, it's hotter, and it's a lot more about traction, so usually we experience more degradation from the rear," he said.

"That's why we decided to use the medium, soft and supersoft.

"Obviously we have to consider a limitation for Bahrain - it's rear degradation."