Rather than compromising engine performance to ensure each unit lasts the seven grands prix required by this year's three-engine rule, Renault could commit in advance to running four or more power units and accept that penalties will result.

That reduced mileage requirement would allow the team to run at higher performance levels for longer, while the additional units would also provide extra opportunities to introduce upgrades.

"I don't want to say too much about this at this stage, because it's still early days," said Abiteboul.

"But we knew this regulation was coming, we knew what we had to do, and we are still a bit open minded about the best way that we want to cover the season.

"In particular we are not assuming that we want to downgrade the performance potential in the engine because of reliability, and because of mileage.

"We're also looking carefully at the evolution of the regulations in terms of grid penalties.

"This has become a bit more flexible, a bit less painful, so we will factor that into the way that we are building the plan for this year in terms of engines in production, and possible engine penalties if we have to, or if we think that this is tactically in our advantage to do so." 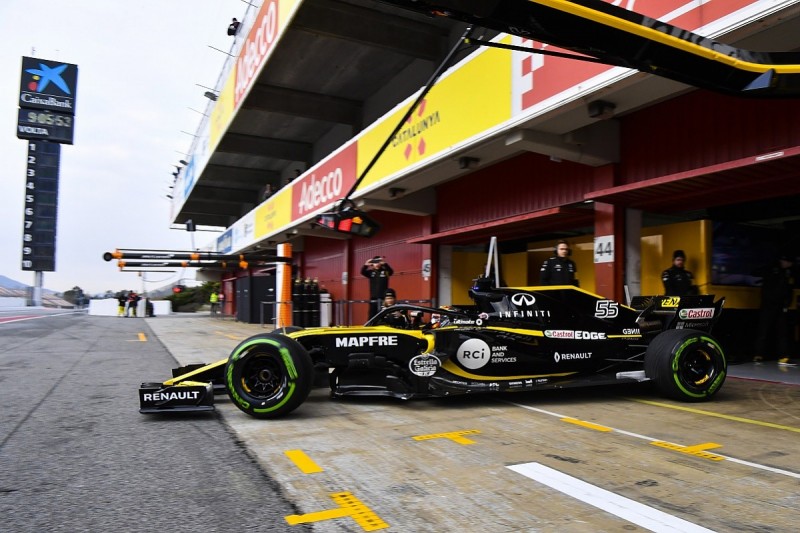 Abiteboul said the works team would make a call on its plans between the end of testing and the first race in Australia.

"We want to establish the baseline, we want to know a bit more about ourselves, the performance of the engine as it is right now," he said.

"We want also to learn more about the car, our competitiveness, the other teams, there are a number of things that we will factor into the debrief in the aftermath of the test, and from that point on will be the plan for the remainder of the season, including the number of power units that we want to use, the potential for development, and so on.

"In F1 you need to optimise the potential. If it's better for everyone to use four power units rather than three, we may take that decision."

Abiteboul expects Renault to start the season with a similar level of performance to late-2017 but able to better exploit it.

"The target this year is to start the season first reliably - which will allow us to make use of the full potential of the engine, something which we were not capable of doing last year," he said.

"Which means that from a competitiveness perspective, the engine should be performing better.

"It will be comparable to the end of last year when we were using it at its maximum potential, which has not happened on many occasions, except maybe Abu Dhabi."