Renault F1 reserve Ocon sure he is ready for race opportunity

The reigning GP3 champion is in line to replace Rio Haryanto at Manor for the second half of the F1 season, to prepare for a possible full-time move onto the grid with Renault next year.

Ocon is racing in the DTM this year with Mercedes, but has tested the championship-leading W07 and Renault's RS16, and now taken part in four free practice sessions with the French manufacturer.

While leaving his future in the hands of his management, Ocon believes he is ready for either outcome.

"If there is an opportunity anywhere, I would take it," he said.

"I will be ready to take it, that's for sure.

"I've been around quite a long time now and driving quite a lot of cars and F1 cars, so if there is an opportunity, I would really be happy to take it."

The 19-year-old reiterated that his "goal is to be in Formula 1" and says he is pleased with the progress he has made with Renault in FP1 sessions so far this year.

"I'm getting used to the car more and more so I can get get closer to the limit without making a mistake, which is also important," he said.

"Since the beginning of the year I didn't go [off] once or even brake too late or something.

"It took me a bit of time to get close to the limit because of that, but at the end it starts to pay off and it's a nice feeling.

"I need to do a good job and to make them happy - for me to have a chance next year, that's the only way I can demonstrate, by doing good, that's what I need to do."

Ocon was placed in Mercedes' DTM line-up for this year - essentially replacing Manor F1 driver Pascal Wehrlein - rather than following the likes of his 2015 GP3 title rival Luca Ghiotto into GP2.

He has scored points just once in his tin-top detour, but believes racing with ART Grand Prix alongside former DTM champion Gary Paffett is proving beneficial.

"I'm learning a lot together with a very experienced driver and very good driver, a very high-level series, one of the toughest or sure.

"There are some areas where it's quite close [between DTM and F1 cars]. 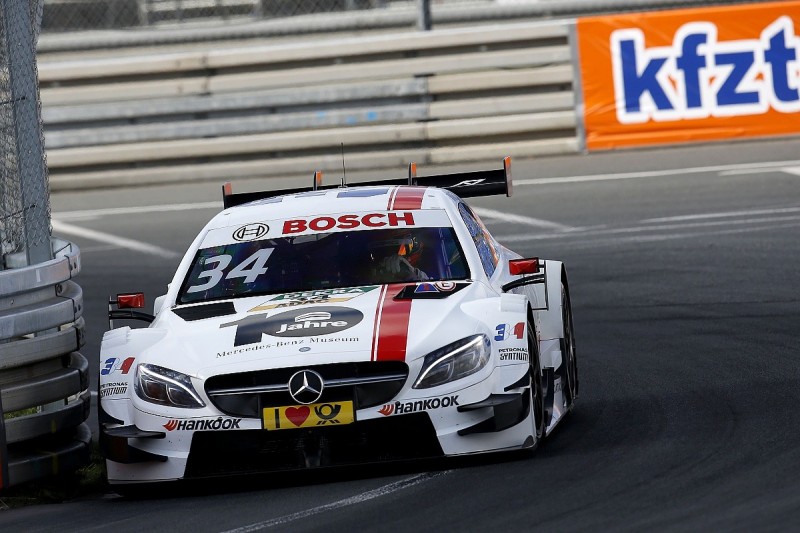