With five drivers known to be taking back of the grid engine penalties and unlikely to run in Q2 Renault realised it could guarantee 11th and 12th places, and the advantage of a free choice of tyres for the start.

Renault has in general been harder on its tyres than rivals this year, and the team wanted to avoid the requirement to start on the hypersofts.

"It's a bit strange, a bit awkward to decide voluntarily not to try your best," Abiteboul told Autosport.

"It does say something about the whole situation between penalties and tyres and degradation and starting tyres being your Q2 tyres and so forth.

"If anything it sends a small message to all the people setting the rules.

"We've been talking about trying to secure 11th and 12th since quite a long time this season, because it's clearly an advantage.

"For the first time it was very clear it was possible on the back of penalties."

Abiteboul said all scenarios were discussed in advance, and that the strategy depended on who progressed from Q1. 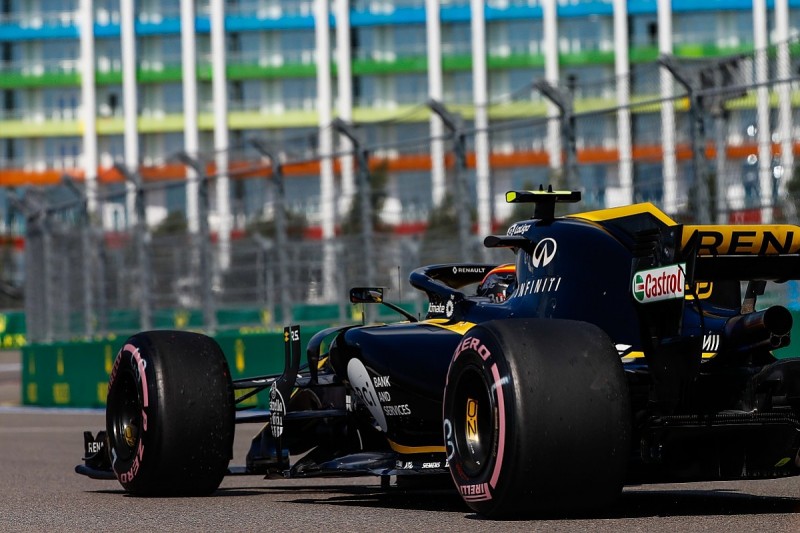 "The second thing we wanted to see in Q1 was our potential pace if we were to go for a normal, straightforward qualifying session, where would we end up in Q3.

"If you can really start in P5, it's better than starting P11, but it was clear unfortunately that given our pace here we would not be able to do be P5."

"We decided to actually go for it, and go to the end of our constant speculation about the fact that it's probably a better position in the current set-up.

"It was very visible in Singapore, 11th, 12th, 13th, they finished seven, eight, nine or something like that, which was extreme.

"But pretty much each time the hypersoft is out that's what happens for this group of [midfield] teams."