Formula 1's Strategy Group has agreed a series of measures to improve the show and reduce laptimes by five to six seconds, including free tyre compound choice and reintroducing refuelling

From 2017, measures will be put in place to ensure a five to six second drop in laptimes through aerodynamic rules evolution, wider tyres and reducing car weight.

Refuelling will also make a comeback, having been banned from 2010, but a maximum race fuel allowance will still be enforced.

Members also voted in favour of higher revving engines and increased noise - two measures that have gathered increasing support from teams and fans alike - and more aggressive looks for the cars.

And from next season, teams will have free choice of the two dry tyre compounds from a selection of four, an initiative Pirelli motorsport boss Paul Hembery said last week would be "reckless".

Hembery said: "If you start opening up choices this is what will happen: firstly, the top teams will centralise around the same choices because they use the same ideas and data we would be using.

Michelin revealed earlier this week that it would be interested in an F1 return, although its suggestions were criticised by Ecclestone.

However, the proposals still require approval by the F1 Commission and the World Motor Sport Council.

Regarding cost-cutting, the FIA said: "A comprehensive proposal to ensure the sustainability of the sport has emerged.

"The Strategy Group member teams have committed to refine it in the next few weeks, in consultation with the other teams involved in the championship."

The new engine formula which was introduced last year will remain, with the FIA saying a "stability of the rules should prevail in consideration of the investments of the manufacturers involved in the sport and to give visibility to potential new entrants".

As expected, a proposal to allow teams to use five engines, rather than four, for this season has been rejected. 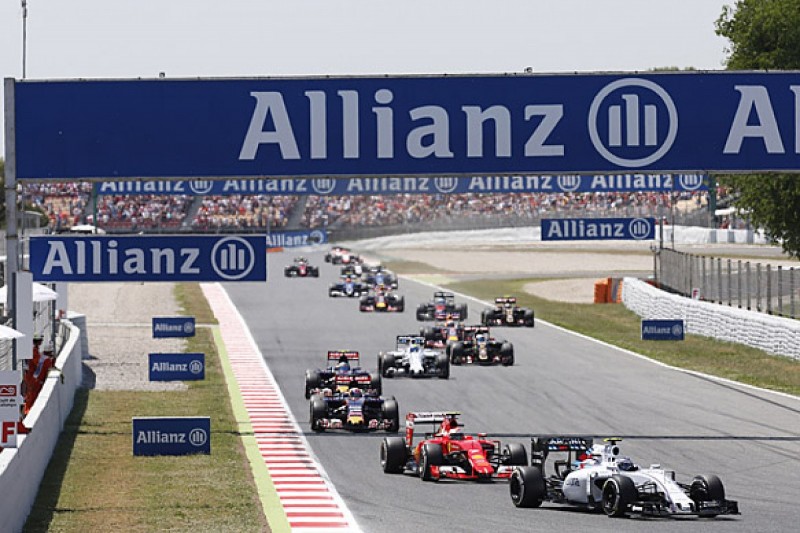