Dan Ticktum felt the "massive responsibility" of driving Red Bull's Formula 1 car in his test debut for the team in Bahrain, and hopes he has earned another F1 opportunity

The British driver, a Red Bull junior since 2017, drove the title-winning team's RB15 on day two of the post-Bahrain Grand Prix test at the Sakhir circuit.

He completed 134 laps, focusing more on long runs as Red Bull works through the set-up issues that have held it back slightly in the opening two races of the 2019 F1 season.

"It's different, definitely," he said of working in the increased size of an F1 team.

"It's just a massive responsibility. You've got a lot on your shoulders, it's important to do well not just for yourself but your engineers and all your mechanics and everyone.

"It's a lot of pressure, but I think I prepared myself quite well for it."

Ticktum appears the prime candidate to complete the one remaining 'rookie' day Red Bull must use in the two-day test in Spain next month.

The 2019 Super Formula racer said "I hope so" when asked if he would drive again at Barcelona.

"We'll have to see," he said. "I'll just keep trying to do as I'm told and do a good job and here and there and hopefully I'll get more opportunities like this.

"Hopefully I did a good enough job today to get the go-ahead for that, but it's not confirmed at the moment."

However, Ticktum said chasing a lap time was not his object, although revealed a "little issue on my last tyre run" cost him around 0.7s. 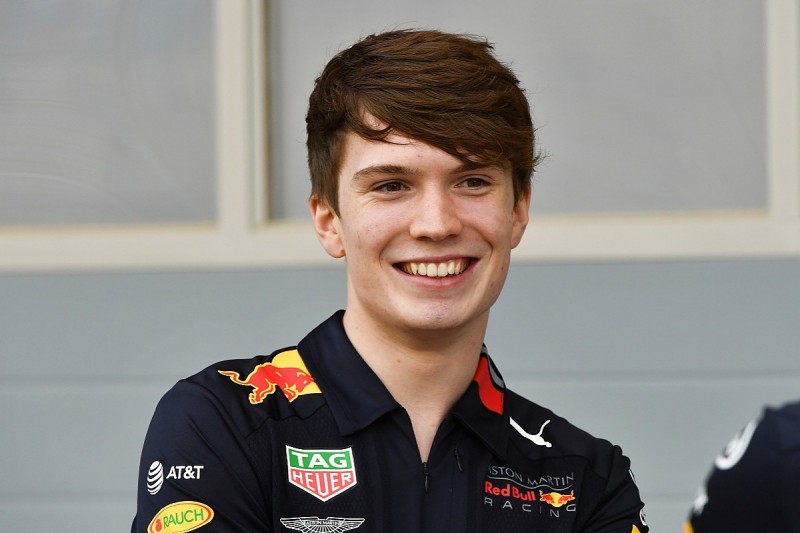 "We got some really good data for the team today which is obviously the most important part of these days," he said.

"I'm a little bit annoyed about [the issue] but it's not what this day is about, it's about gathering data."

Ticktum had driven recent F1 cars before this test through demonstration runs with Red Bull and a McLaren outing for his McLaren Autosport BRDC Award winner's prize.

He was the second F1 test debutant in Bahrain, after his 2018 European Formula 3 title rival Mick Schumacher drove for Ferrari on Tuesday.

Schumacher had commented excitedly on the increased performance of an F1 car, which Ticktum also noted but said two of the main things he noticed were the complexity and the weight.

"The biggest thing for me was learning about all the different procedures because you don't have that in the junior formulas," said Ticktum.

"All the different things on the steering wheels, even on push laps you have to change so many things.

"That was all a bit to take in to start with but I think I got used to it pretty quickly."

He added: "It's a bit heavier than Super Formula so you notice that in the slow-speed corners.

"Everything else is much better, obviously."