The four-time champion team chose not to carry out any form of official launch or car unveiling for the Renault-powered RB11, instead heading straight out of the garage in the surprise colour scheme without ceremony.

Daniel Ricciardo is behind the wheel for the first day of running at Jerez. Toro Rosso graduate Daniil Kvyat replaces Ferari-bound Sebastian Vettel as his team-mate for 2015.

Red Bull's chief engineering officer Rob Marshall, who has stepped into the new role following Adrian Newey's change of emphasis, said that the majority of changes from the 2014 would be hard to spot, but that significant steps had been made.

"There are some changes that affect the shape of the front of the car but beyond that most of the changes are under the skin," he said.

"We've identified the areas where we can make improvements and we've worked hard on these.

"There won't be a lot that's visible to the naked eye but a lot of hard work has gone into the bits that are hidden."

There had been suggestions in the build-up to the test that Red Bull was struggling to be ready in time, but the team confirmed to AUTOSPORT on Saturday that the final crash tests had been passed, and it was among the first to hit the track on Sunday morning.

Team boss Christian Horner had previously admitted that Red Bull had opted for its tightest-ever car build programme in order to ensure that maximum developments were on the RB11. 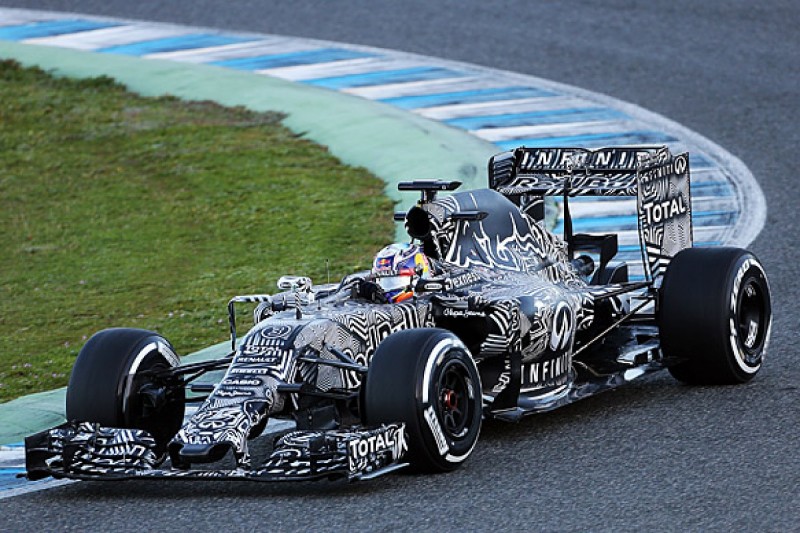