Kvyat will start a lowly 18th on the grid at Melbourne's Albert Park, while team-mate Daniel Ricciardo is 10 places ahead of him.

The elimination-style knockout format, which has been slated up and down the pitlane, caught out Kvyat and Red Bull in particular.

Asked what happened, Kvyat said: "I don't know. I am still wondering what really went wrong there.

"There are two options - a bit of wrong timing or maybe just slow.

"But from the start everything began to go wrong. I went out in the middle of traffic, which does not help, and that second lap was clean, but not good enough."

Suggested to Kvyat the potential of the RB12 is there given Ricciardo's display, he added: "Yes, I would say so, but I am in 18th, so it was not a good enough job overall from everyone. It is as simple as that.

"It is just that this new Q1 format caught us by surprise, our side of the garage."

While Kvyat preferred not to speculate on Red Bull's performance level given his result, team-mate Ricciardo insisted the team was in better shape than his eighth place suggested.

"The position probably doesn't tell it, but we're certainly in a better place.

"I was generally pretty happy with the handling today. Sure in Q3 if we had a another run we would have maybe done a few things to the front wing or pressures, normal stuff, but generally out of the box it's been pretty good.

"We know we're a bit down on the power still, and when that comes, hopefully it changes a few things for us."

Renault declared it had made a half-second improvement in engine power for 2016, but Ricciardo remains unsure.

"We're not talking a massive step yet," he said.

"When you've already got x-hundred amount of horsepower and you get five or 10 extra horsepower, it's not a world of difference. You don't really feel an extra kick when you put your foot down.

"But I do feel like sort of top end, at the end of the straight, it just seems to run more, so it has a bit more legs in the last quarter of the straight.

"At the moment we're talking sort of Montreal for when we should have a proper step.

"And then hopefully I get some whiplash and some good g-forces through my neck." 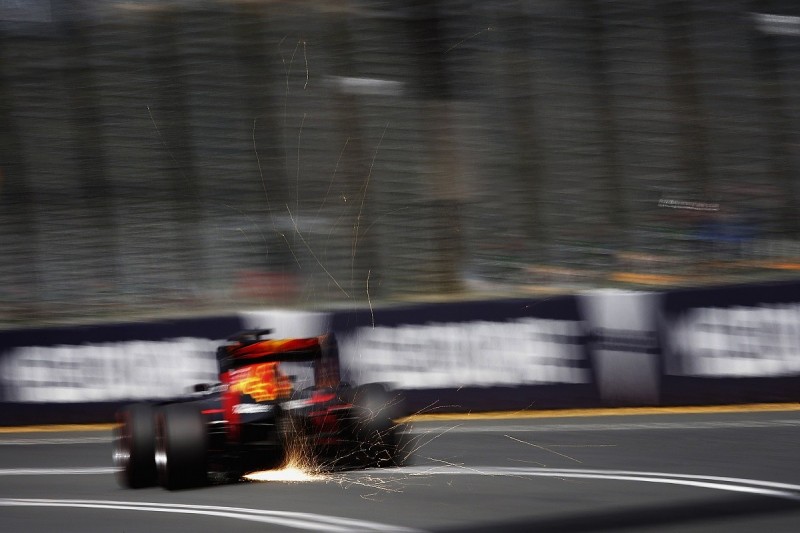