With Red Bull weighing up its options from the middle of the season about whether or not to stick with Alex Albon or look elsewhere, both Vettel and Hulkenberg were linked with a move to the Milton Keynes-outfit.

Speaking after eventually signing Sergio Perez as Max Verstappen's team-mate for 2021 on Friday, Red Bull team boss Christian Horner says the outgoing Racing Point driver was the only option it looked at properly.

Asked if anyone else was evaluated seriously - especially amid rumours of a Vettel return earlier this year - Horner said: "No. There was no other.

"There was a brief discussion with Nico Hulkenberg. But it's really accelerated over the last month, I would say."

Horner says it was Red Bull's pure good luck that a top driver like Perez was a free agent at the very time when they were looking for the best candidate possible.

"It's remarkable and, I mean, circumstances are a little crazy, aren't they?" he said.

"Nico Hulkenberg is another capable driver that should really have a seat in F1.

"But it was our good fortune that he [Perez] didn't have a seat and that allowed us the time, without him having any other options that he could pursue as a race seat, to fulfil the season with Alex before making a decision." 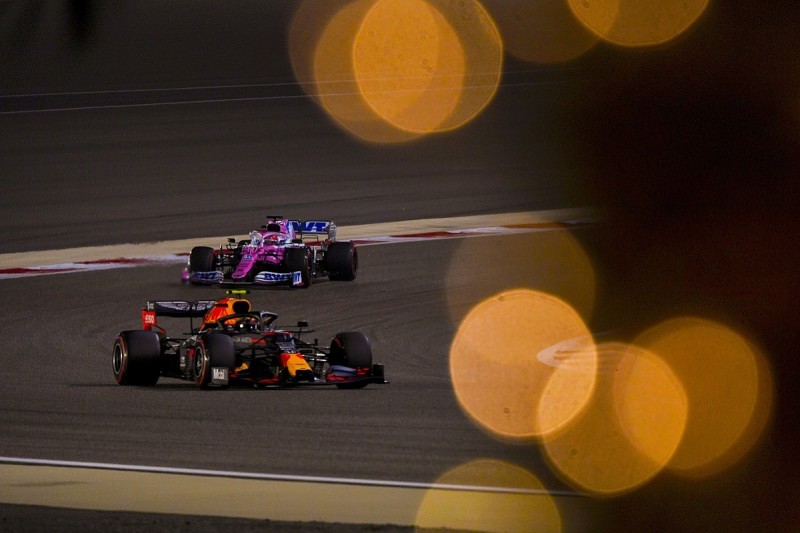 While Red Bull has a young driver programme, Horner says the team had to make a pragmatic choice about what suited it best when it felt that none of the juniors were ready yet for a top-line F1 chance.

"There was no candidate on the junior program that was suitable," said Horner.

"So we decided to go outside of the program for the first time since 2007.

"It was impossible to ignore Sergio's performance this year. I think he's driven a great campaign. He's been truly impressive, particularly in the second half of the season, and he's earned the seat.

"We want to field the strongest team we can to take the fight to Mercedes, and you've got to do that with both cars.

"I think Sergio has got the necessary amount of experience, brings a wealth of knowledge to the team as well, and I think will be a good teammate for Max next year."