Red Bull says its partnership with Honda is already "way stronger" than with Renault, as its excitement grows about what could be possible for 2019

Honda's rapid progress with Toro Rosso in 2018 has raised interest from its rivals, and left Max Verstappen optimistic about what will happen when Red Bull joins forces with the Japanese manufacturer next year.

With relations between Red Bull and current engine partner Renault having been tense throughout their time together, team boss Christian Horner is clear about the different nature relationship he expects his team will have with Honda.

"It already is way stronger," he said. "It is far more integrated." Horner says that as Red Bull becomes a Honda works team, the whole dynamic of how the project comes together will develop further.

"The last few years, it has been a very difficult relationship, a strained relationship [with Renault]," he explained.

"It is a very different relationship because rather than as a paying customer, it is a true partnership and technical partnership.

"Through our entire career with Renault we've always been a customer.

"Around 2011-2012, at the peak of the exhaust blowing, the integration between chassis and engine was very strong. That was diluted during '14 and '15 and then stopped totally when they had their own team in '16."

When asked about that situation, and what that therefore meant for Red Bull's prospects in 2019, Horner said: "Month by month they are getting stronger and stronger, and the engines that they are bringing to the circuit now are getting closer and closer to the front of the field.

"There is still obviously some way to go, but it is really encouraging to see the progress and commitment that is coming out of Japan, and that hopefully will benefit us going into 2019.

"There is still a long way to go, but it has put a real energy into the whole factory in Milton Keynes and there is a real sense of optimism around the whole team." 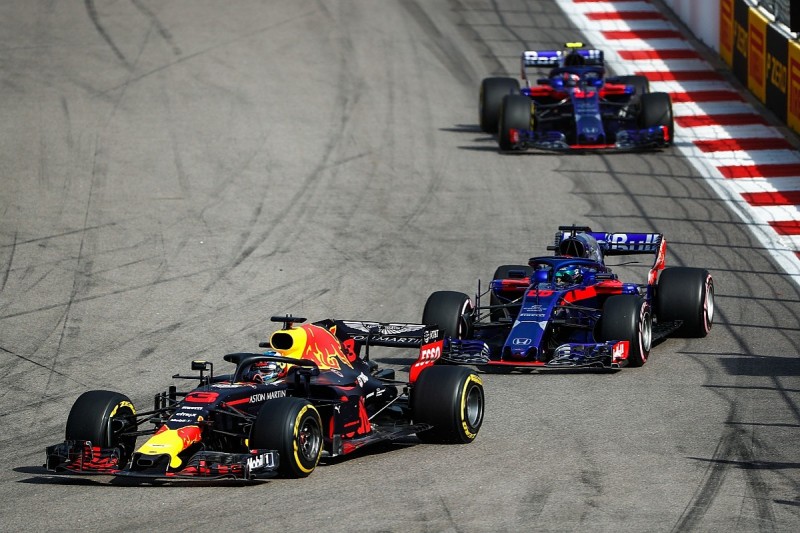 Horner reckons that if Honda is able to help bridge the power deficit to Mercedes and Ferrari, then Red Bull's chassis progress would be able to get the team level with its rivals.

"We hope we are in the earlier part of that sentence.

"Our Achilles heel for the last five years has been power differential and, if we can start to really close that gap down to the Ferrari and Mercedes [going] ahead, then we have the strength in depth as a team to take the fight to them."