Mercedes has won 63 grands prix and swept to four consecutive drivers' and constructors' championship doubles since F1 switched to turbocharged V6 hybrid engines for the 2014 season.

Red Bull has only won eight races in that time as engine supplier Renault has proven inferior to both Mercedes and Ferrari.

It has traditionally pushed the build of its car to the last minute to maximise design time, but brought forward its launch this year and has already completed a shakedown at Silverstone ahead of the first pre-season test next week.

Despite the extra push on the chassis side, Marko fears Red Bull's newly-launched RB14 may not be enough to challenge for the 2018 championship.

"The [Renault] engine should be more reliable and more powerful this year, and we will have a competitive chassis from the beginning, but Mercedes is building a new engine," Marko told Auto Motor und Sport.

"It might be that their advantage will then be even bigger.

"If the [Renault] engine lives up to the promises that have been made, we should definitely be closer to Mercedes.

"It doesn't make any sense if you find a couple of hundredths of a second in the last 14 days.

"It is more important to be well-prepared for the season." 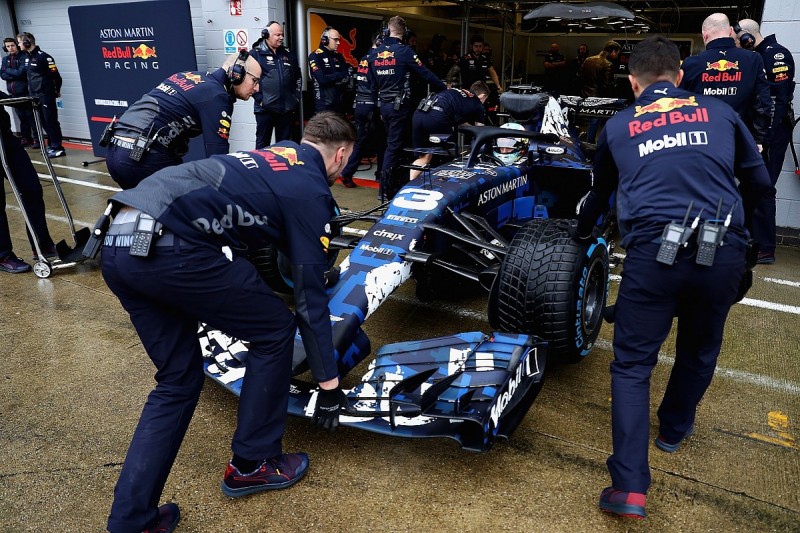 The battle between Red Bull drivers Daniel Ricciardo and Max Verstappen has been billed as one of the 2018 season's main talking points, with Lewis Hamilton and Sebastian Vettel the established team leaders at Mercedes and Ferrari respectively.

Asked if it was an advantage for Red Bull's main rivals to concentrate on one driver each, Marko reiterated his point that his team is unlikely to be in a title-challenging position anyway.

"That is an advantage, but if you have two equally strong drivers they will push each other to the highest performance level," he said.

"And they will also push the technicians and the chassis to the highest performance level.

"If you only have one driver who is at the limit, then you never really know where you are.

"It is a disadvantage if your drivers take away points from each other, but I believe we are not in the situation to go for the title already this year."